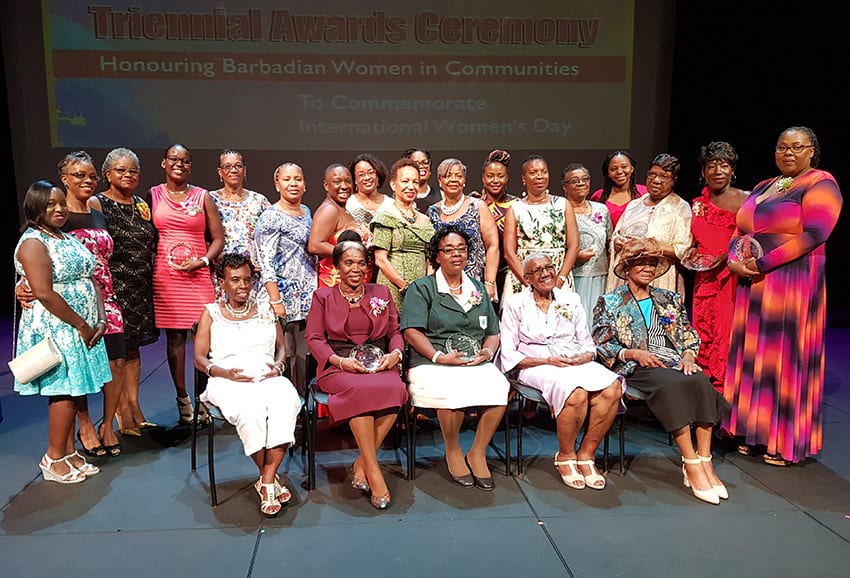 Last Saturday, 12 women from across Barbados were honoured for their contribution to social welfare provision, community-based human rights advocacy and activism, social entrepreneurship, community building and mobilization, and sports in Barbados.

The event was coordinated by the Community Development Department and the Institute of Gender at The University of the West Indies (UWI), in observation of International Women’s Day.  The awards ceremony took place at the Walcott Warner Theatre, UWI, Cave Hill Campus.

“Collectively, you, among thousands of others, past and present, have blazed the trail for generations to follow and serve.  I am happy to report that Barbados had made strides regarding the progress of women both in business and community,” she said.

Minister Forde noted that the views once held about women were no longer applicable, as women were consistently making strides to level the proverbial playing field.

“It can no longer be said that it is a man’s world in Barbados. Compared to other counties, we are doing well.  For centuries, we saw women working tirelessly to make ends meet to support their families, especially when there is no father in the household,” she pointed out.

The minister expressed the hope that government’s edict to have tertiary level students give back to their communities would produce similar results.

“The government’s initiative to engage UWI students to give back by tithing their skills and resources will help to strengthen community linkages as well as generational ones.  We already have great examples to emulate,” she said.