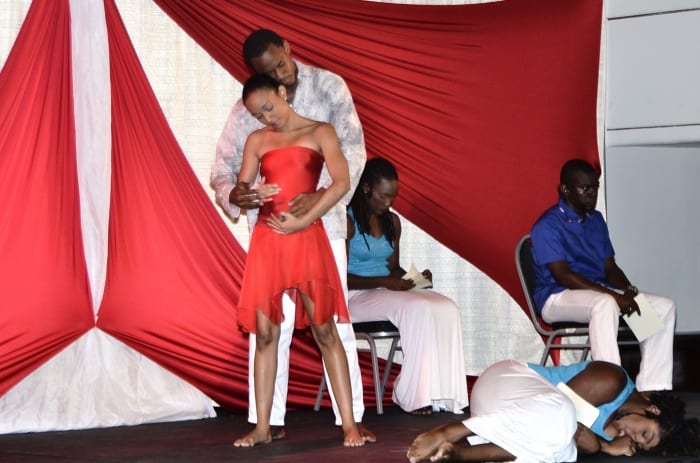 The Ministry of Tourism and International Transport is determined to promote public education on HIV and AIDS in the tourism industry through its HIV/AIDS awareness programme.

Minister of Tourism, Richard Sealy, disclosed this last Friday, during opening remarks at a drama presentation and cocktail reception hosted by his Ministry, in observance of World AIDS Day.

Stating that his Ministry had worked diligently to push public education on this illness for the past 16 years, Minister Sealy explained that through strategic partnerships the Ministry had done “a commendable job” in raising public consciousness on several matters associated with the disease, including transmission and prevention.

“The Ministry has over the years embarked on a number of sensitisation and training seminars and workshops, in association with the Barbados Workers Union and the National HIV AIDS Commission, aimed at promoting HIV awareness in the tourism industry,” he said.

While noting that travellers visit Barbados for many reasons, he disclosed that some persons engage in sexual activity while on the island to enhance their travel experience.

“[Sex tourism] has the potential to seriously exacerbate the spread of sexual transmission of HIV/AIDS and other sexually transmitted infections,” he stated, noting that such activity could negatively impact the most vulnerable of the population.

Pointing to the need for consistent programmes and activities geared towards public education, the Minister continued: “[It is] important to ensure that we expand access to high-quality care and treatment among key populations and educate and sensitise all persons to the devastating effects of the HIV/AIDS disease…. We must continue to promote programmes that will reduce stigma and discrimination.”

According to the Minister, the drama presentation, commissioned by the Ministry, and performed by Barbados Community College theatre students, is an attempt to educate and sensitise persons about the impact of HIV AIDS on the tourism industry.

“Its objective is to start discussion on various misconceptions surrounding the issues of HIV, and in this way help to reduce the stigma and discrimination associated with it, and place greater emphasis on consistent HIV testing and counselling,” he said.

The first case of HIV/AIDS in Barbados came to public awareness in the early 1980s.