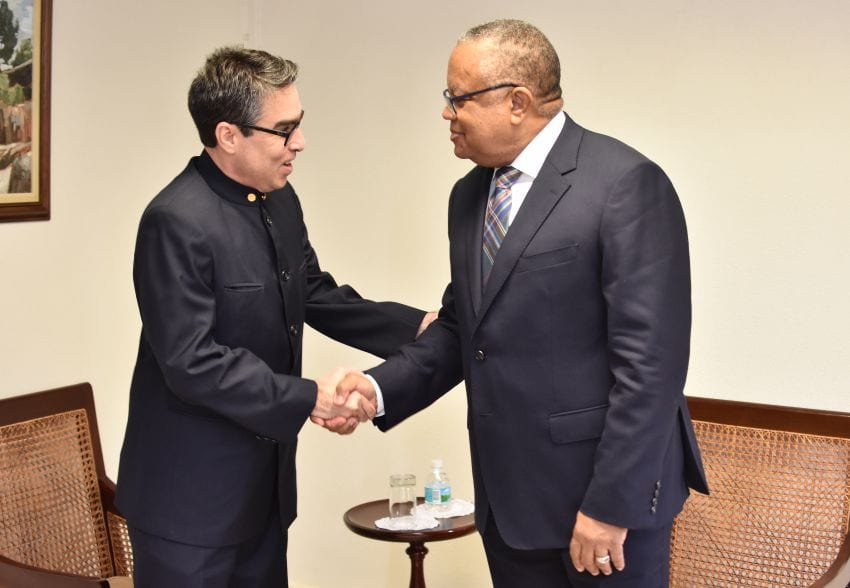 Barbados will continue to maintain friendly relations with Venezuela as both countries prepare to mark 50 years of diplomatic relations in 2019.

Minister of Foreign Affairs and Foreign Trade, Senator Dr. Jerome Walcott, made this assertion during a courtesy call by Chargé d’Affaires of Venezuela embassy here, Alvaro Sanchez Cordero, at his office on Culloden Road today.

The Foreign Affairs Minister noted that 50 years is a significant milestone and one that should be commemorated.

Mr. Sanchez said that the recognition of this milestone would “show the great relationship both countries enjoyed for half a century”.

He added that his country was willing to cooperate with Barbados on disaster preparedness, since Venezuela has a wealth of knowledge and experience in this area.

Other matters discussed included tourism and the potential of establishing an Air Services Agreement.