50 Years Of The Farm Labour Programme

For the past five decades, the Seasonal Canadian Agricultural Programme, more commonly referred to as the Farm Labour Programme, has been a mainstay for Barbados’ economy.

Since its inception in 1967, the programme has provided job opportunities for hundreds of Barbadians on Canadian farms.  The remittances sent back home from the workers helped to sustain many Barbadian families in the 1960’s, when job opportunities were scarce, and scores of West Indians migrated to North America and the United Kingdom, in search of greener pastures.

Although the number of workers signing up over the years has declined, the programme is still one of the more sought after employment opportunities offered by the National Employment Bureau (NEB).

This Sunday, November 19, those seasonal agricultural workers who participated in the programme from its inception, as well as those who have given yeoman service for several years, will receive long-service awards during a special ceremony and cocktail reception in recognition of the 50th Anniversary milestone. Minister of Labour, Senator Dr. Esther Byer Suckoo, and other officials from Canada will address the gathering.

Newly-appointed Counsul/Liaison Officer, Sophia Lowe, shared her vision for the programme during a recent interview with the Barbados Government Information Service.

She pointed out that the Farm Labour Programme had a significant impact on Barbados’ economy in the 1960’s and 1970’s.  However, she stated that although the programme was still important from the point of view of remittances, it had declined over the years.

“In reviewing the Farm Labour Programme, we recognise that we need to be more strategic in how we approach it with a view to [implementing improvements] in light of the competition that it is facing. Barbados is not the only country going into the Farm Labour Programme; there are other countries such as Trinidad and Tobago, Jamaica, the OECS and Mexico,” Ms. Lowe added. 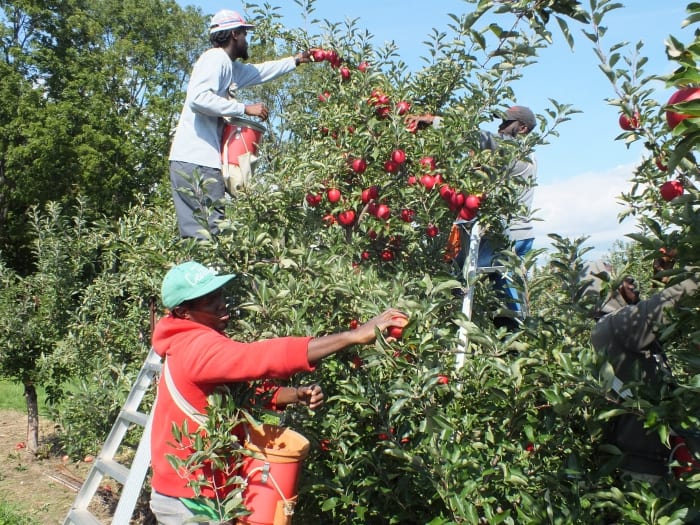 Workers picking apples on one of the farms. (GP)

The Counsul/Liasion Officer also shared her views about the significance of the programme for the last 50 years.

“In light of the 50th Anniversary of Barbados’ Independence celebrations last year, Barbados would have bid to host the review meeting to highlight the progress made throughout the years and to recognise those persons who entered the programme in the earlier years.  Although those surviving workers are no longer with the programme, their contributions will still be recognised as persons who can testify about their experiences in the Canadian Farm Labour Programme,” she said.

On the topic of the biggest misconception about the programme, Ms. Lowe pointed out that many viewed it as a “low-skilled employment opportunity” that was unattractive because of the perception that the workers did not have academic certification.

She reasoned that the programme was evolving and the proposed rebranding of the NEB to the Barbados Employment and Career Counselling Services would “encompass a new human resource approach to the employment concept”. 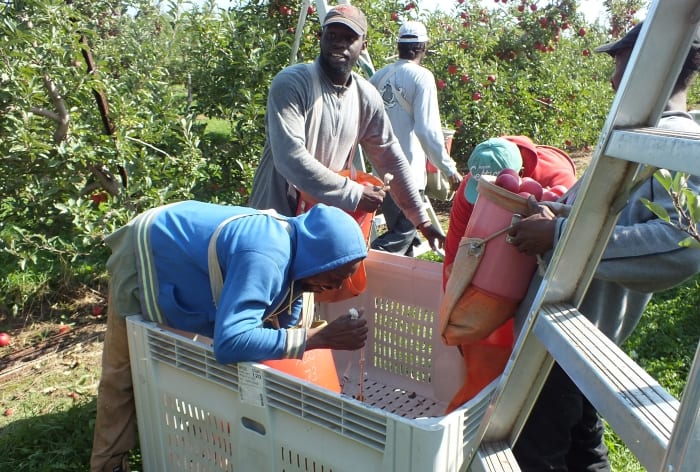 Ms. Lowe added: “The NEB is rebranding the services it offers so that it becomes more attractive to the public and therefore, we want to be the agency to be promoting opportunities at all levels.”

While in Canada, her role will include, but is not limited to, facilitating workers entering Canada; negotiating the best terms and conditions for workers with employers; and carrying out inspections of the workers’ quarters.  Ms. Lowe will also seek to maintain cordial relations with employers and workers.

“It [Consul/Liaison Officer] is a broad role and while there is an assistant and one Liaison officer, you are also expected to manage the office, manage how you recruit, research new job opportunities and make contacts within the diaspora.  Although the role is defined, you are still expected to be multifaceted because you have to fit into different roles in the absence of other staff,” Ms. Lowe explained.

As she prepares to leave Barbados shortly, the Counsul/Liaison Officer is confident that under her leadership, the Farm Labour Programe will grow from strength-to-strength.

“One of our main strengths is our people. We have made significant strides in education to enhance person’s skills and this is what we have to sell to the world.  While we do not have the iron, ore and lumber to export, we have people that we can tell the world, ‘these are the skills that we intend to offer you and our people can make a difference to your country while benefiting Barbados in the process,” she underlined.