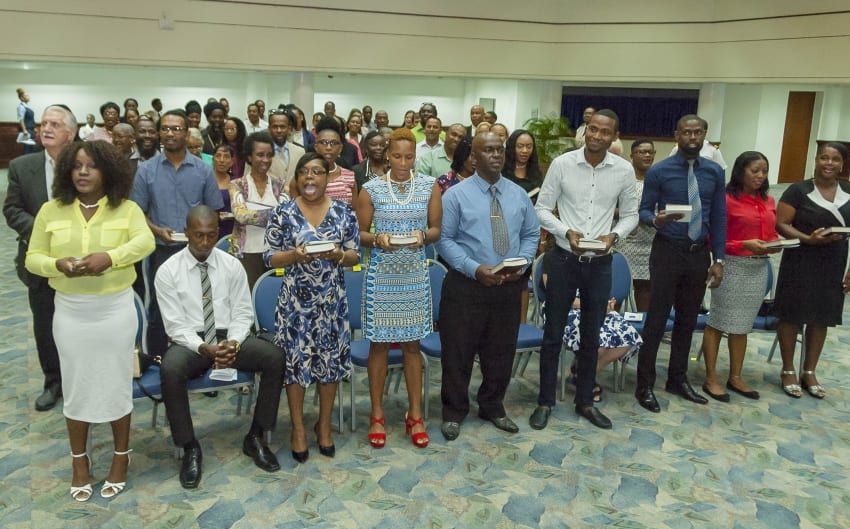 Barbados is now officially home to 78 persons who said goodbye to their native lands and came to the island in search of a home, job and better life.

Chief Immigration Officer, Wayne Marshall, welcomed the island’s newest citizens during a Citizenship Induction ceremony at the Lloyd Erskine Sandiford Centre yesterday. The ceremony was also attended and addressed by Permanent Secretary in the Ministry of Home Affairs, Gayle Francis-Vaughan.

“Though most of you have lived here for years, and are already Barbadians at heart, it is an honour to witness you today as you officially become full-fledged citizens in this great island of Barbados,” he said.

Mr. Marshall told the new citizens that their imagination, creativity, innovation, culture, language and experiences would be added to those that already existed in Barbados.

“The outcome is not only belongingness and citizenship; it is also strength. You are adding your strength of character and your story of origin to our own, bolstering our country,” he stated.

He added that throughout the years, Barbados had been blessed with the rich culture and traditions built by its indigenous people, and the cultures and tradition brought by the constant infusion of new people from all over the world.