A Hybrid Family Court In The Making 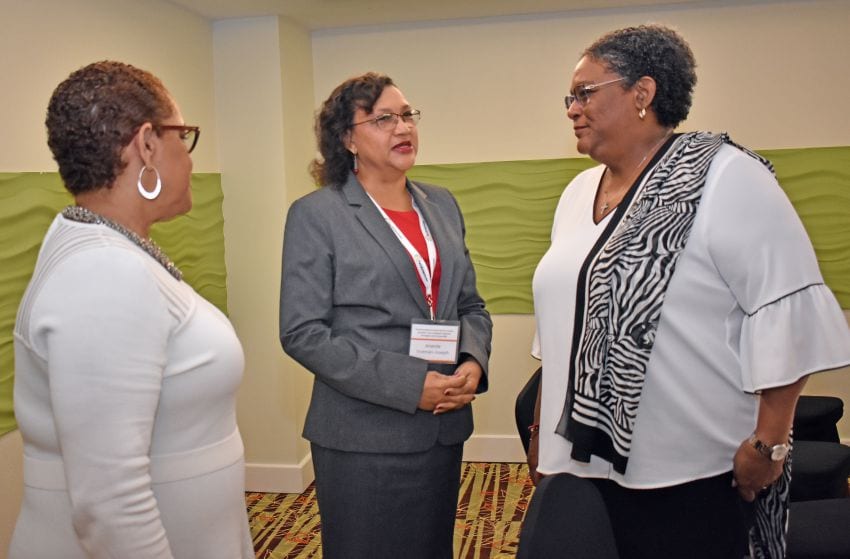 Barbados could have its own hybrid family law court in the future.

Prime Minister Mia Amor Mottley said Government had chosen to put the establishment of a hybrid family law court on the front burner for the next financial year.

Ms. Mottley made the comments today as she delivered the feature address at the opening of a two-day workshop on Transformational Leadership for Gender Equality in the Caribbean: Regional Strategies and Partnerships, at the Radisson Aquatica Resort.

The Prime Minister told the gathering, including parliamentarians and ministers, that they had the power of choice, which could determine what was the reality of women in the society.

“Choice will determine whether this Government I lead will spend money to create a single hybrid family law court that precludes the discrimination that exists now, where single mothers must go and stand up outside a Magistrate’s court and await their turn to be called in, as if you were taking an audit of stock that was not human, to be able to determine whether you would have access to funds or not.

“But if you are married, you go and sit down in the air condition of the high court and wait for a judge to talk to you in the privacy of chambers. It cannot be right as we move to enter the third decade of the 21st century that we perpetuate that kind of discrimination in our system,” she stated.

Ms. Mottley said that when her Government took the decision to pay for education, it was because they understood it was the most liberating thing that could be given to any human being.

“More often than not, women need to be educated, even perhaps more because they are not given the opportunities to be able to validate ourselves in circumstances without that platform of education,” she pointed out.

According to her, discussions on gender made people uncomfortable. However, she proffered the view that those gender debates should be about partnership, opportunities and ridding selves of discriminatory practices. She urged her audience not to be afraid of those difficult conversations about gender, but to master the discussions as they allowed for the sharing of the perspective of the other side.

The Prime Minister said she had set simple goals for Government, including that by 2030 every Barbadian child should have the opportunity to learn a second language, swim and be exposed to artistic and sporting disciplines.