Abrahams: Practise What You Learn 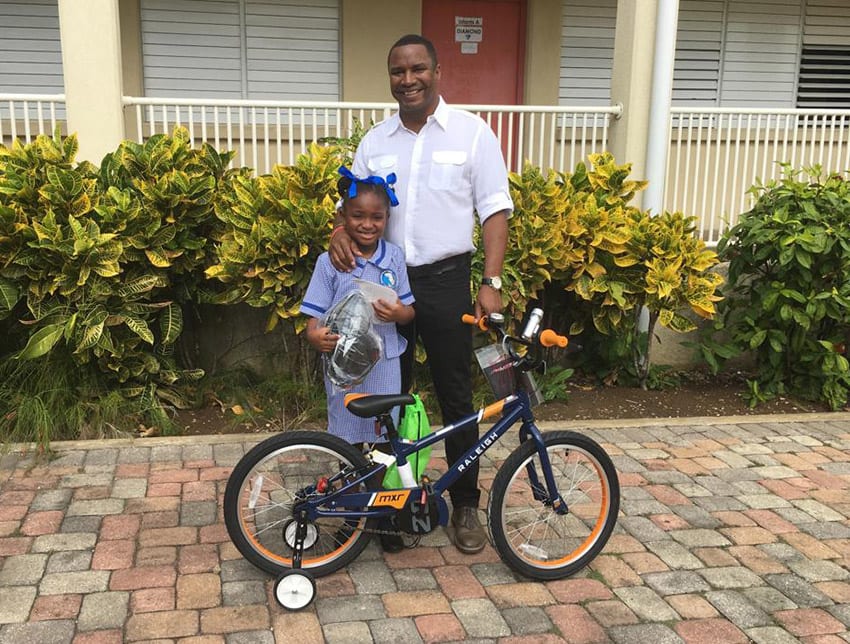 Minister of Energy and Water Resources, Wilfred Abrahams poses with Naomi Johnson, winner of the Ministry’s Energy Month Colouring Competition 2018. Naomi, a student of the Blackman and Gollop Primary, won a bicycle with protective gear and two science books. (S.Forde/BGIS)

Minister of Energy and Water Resources, Wilfred Abrahams, is urging Barbadian students to practise what they learn when it comes to renewable energy and recycling.

Mr. Abrahams added: “We don’t want to just push renewable energy, but we also need to conserve what we currently use; we need a zero waste approach to water and energy consumption.”

To assist in energy and water consumption practices, the students were given tips such as turn off lights and unplug electronic devices when not in use; turn off taps when brushing their teeth or soaping their skin while bathing; and to place all garbage in bins provided and not on the ground, or discard it from moving vehicles.  They were also told to make sure that they get behind their parents and the adults around them to practise these tips.

Minister Abrahams, in explaining why the Ministry was engaging primary school students about the goal of Barbados becoming 100 per cent renewable energy efficient by 2030, said: “Every developmental plan that Government has, every initiative we want to take forward, we have to plant that seed within these same children. 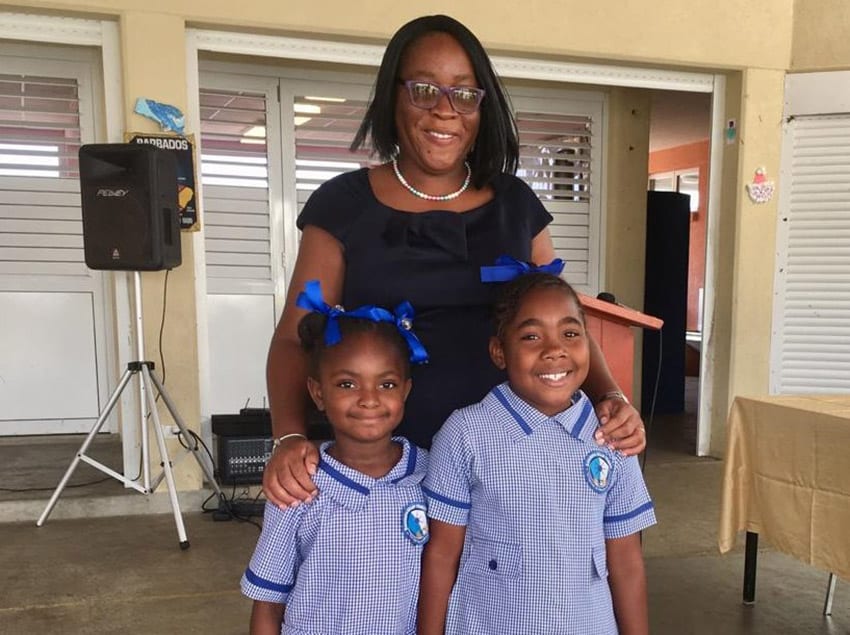 Commending Naomi Johnson and Haylei Wise for placing first and second, respectively, in the Ministry’s Energy Month Colouring Competition last year, as well as science teacher, Kana Jones, for working with the students, the Energy Minister challenged the school to not just have five entrants in the competition this year, but at least 100.

Both girls said they felt good about their places in the competition. Naomi was especially happy to have won a bicycle as her current one is broken.

The prizes were donated by the Barbados National Oil Company Limited.