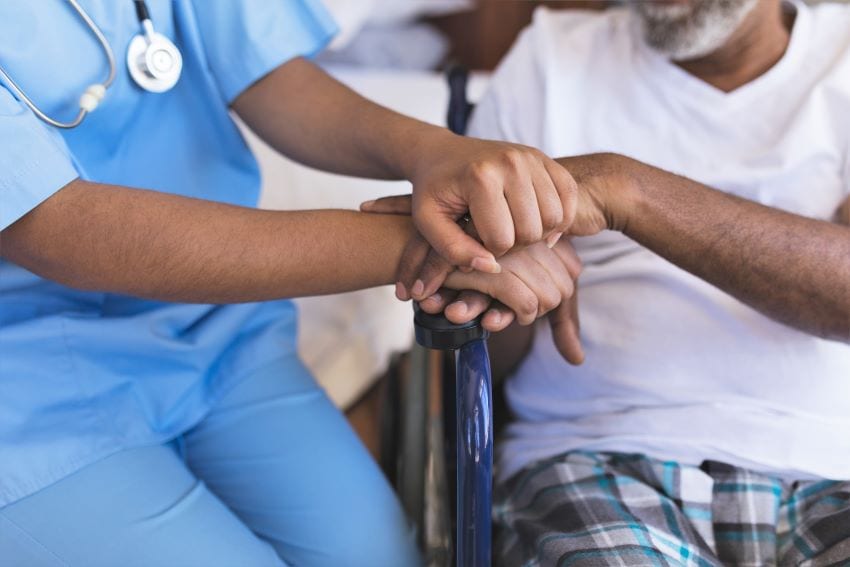 Private nursing home owners involved in government’s Alternative Care for the Elderly Programme (ACEP), who recently complained that they had not been paid for at least two months, have now received payments up to the end of March.

News of this came on Wednesday at a meeting between Minister of Health and Wellness, Lt. Col. Jeffrey Bostic, and members of one of the associations representing nursing homes, the Barbados Association of Senior Care Providers.

At the meeting, held at the Ministry’s Culloden Road headquarters, Minister Bostic thanked the nursing home owners for their involvement in the public/private sector initiative, which facilitates patients who cannot be accommodated in government institutions.

He said that he was committed to meeting with representatives of all the nursing homes involved in the programme to hear their concerns and to discuss how the relationship between themselves and government could be strengthened.

He acknowledged that he had become aware of some challenges, and gave the assurance that the ministry would be joining forces with the Ministry of People Empowerment and Elder Affairs, as well as private providers of senior care, to ensure that optimum attention and support were given to Barbados’ elderly population.

There are 60 nursing homes for the elderly in Barbados, and about half of them subscribe to the programme, which is a contractual arrangement between the Ministry of Health and Wellness and the private sector to provide another avenue for care of the elderly.

ACEP has been in place for 15 years.  The arrangement provides about 500 beds to supplement the 500 available in government institutions.

President of the Barbados Association of Senior Care Providers, Andrea Johnson, welcomed the opportunity to meet with ministry officials, noting that improved communication between the ministry and nursing home owners was one of her association’s goals.

She cited several areas of concern, including the current level of remuneration, untimely payments, increased fees and issues related to licensing.

Minister Bostic promised to look into the concerns raised, noting that there would be greater engagement with the sector going forward, especially since the Alternative Care for the Elderly Programme would be expanded.