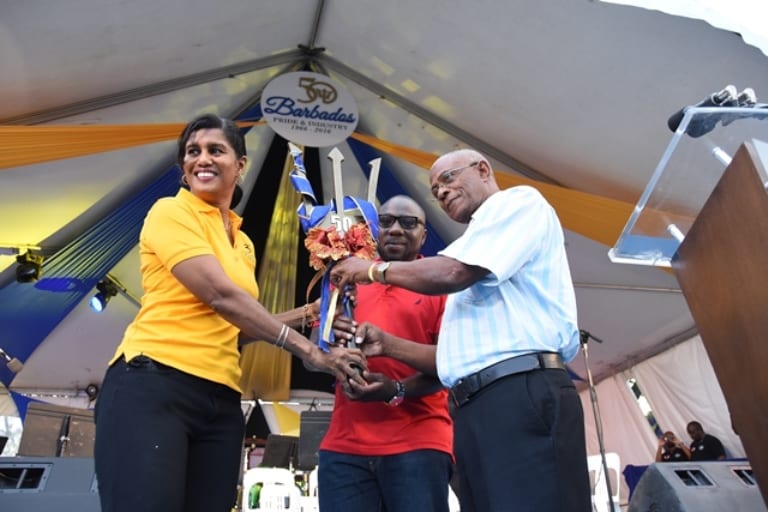 The commemorative Broken Trident will make some additional stops as it journeys around St. Michael this month.

Tomorrow, Thursday, August 11, the symbolic Broken Trident will be hosted by the Eunice Gibson Polyclinic, Warrens, from 8:30 a.m. Later that morning, it will take pride of place at the Changing of the Sentry Ceremony at the Main Guard, The Garrison, beginning at 11:30.

SY Adams and Son, High Street, and the Psychiatric Hospital will receive the commemorative Broken Trident on Tuesday, August 16, while the Ministry of Foreign Affairs and Foreign Trade, Culloden Road, will welcome it on Wednesday, August 17, between 9:30 a.m. and 3:30 p.m.

Brandford Taitt Polyclinic, Black Rock; and the City of Bridgetown Credit Union will receive the Trident on Monday, August 29, from 8:30 a.m. and 10:00 a.m., respectively. The movement of the Broken Trident in St. Michael will end on Wednesday, August 31, at Cave Shepherd, Broad Street, where it will be on display from 10:00 a.m. to 5:00 p.m.

Check out this link for the Commemorative Broken Trident stops.