The HIV Rapid Testing programme was started by the Ministry of the Health in 2010. This project involves the use of this type of HIV testing in different situations; in the Polyclinics, the Ladymeade Reference Unit (LRU) and for community outreach events. To date, there have been over 13,000 HIV rapid tests done with 62% of those being tested being women and approximately 1% of tests being positive.

Multiple reports have been made to the Ministry of Health that persons not trained or certified in HIV rapid testing have been conducting such tests with kits that have never been validated for use in our population. There have also been reports that test results have been inaccurate; some people being diagnosed HIV positive were in fact negative and some people with a negative test result were found to be HIV positive.

What is HIV Rapid Testing?

Rapid HIV tests are HIV antibody diagnostics tests which use either a blood sample or oral fluids and can produce results within as little as 20 minutes; the HIV testing, counseling, and referrals can be done in one visit. All reactive rapid HIV test results are considered preliminary positive and must be followed up with an approved confirmatory test which is the conventional test at the laboratory of the Queen Elizabeth Hospital (QEH).

HIV rapid testing is an essential intervention tool to assist in reducing the spread of HIV in Barbados. There are distinct advantages of rapid testing over conventional testing. They include: 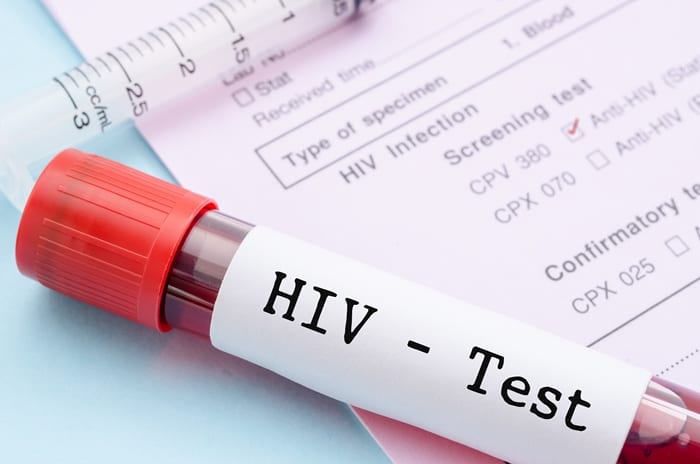 “…..Rapid testing should only be conducted by personnel who are trained and certified to conduct HIV rapid testing and at sites that have been approved by the Ministry of Health.”

Prior to the introduction on HIV RT, the MOH went through a process of validation of the kits currently being used to determine their legitimacy in the Barbadian population; not all HIV RT kits reach the minimum standard in terms of accuracy for specific populations.

Therefore some HIV RT kits will lead to a higher rate of false test results than others, even if they are used correctly. This means that they are not considered valid. The two kits currently being used by the Ministry of Health have been validated and were found to have high rates of ‘true’ results (high accuracy).

[x_pullquote cite=”Ministry of Health” type=”left”]The persons performing and interpreting HIV rapid tests must be trained and re-certified periodically and the sites at which HIV rapid testing are offered must have a quality assurance program in place.[/x_pullquote]Rapid HIV antibody tests may appear seemingly simple to use and can provide accurate and reliable results when the manufacturer’s directions are followed, however, errors can occur at any point in the testing process whether with the equipment itself or the tester.

For these reasons and the crucial need to provide clients with accurate HIV test results, the Ministry of Health has taken a very stringent stance on the use of this technology in Barbados. The persons performing and interpreting HIV rapid tests must be trained and re-certified periodically and the sites at which HIV rapid testing are offered must have a quality assurance program in place.

At present, only MOH personnel and volunteers are trained in HIV testing. Persons interested in being trained in HIV rapid testing should contact the Ministry of Health for further information.

The Ministry of Health