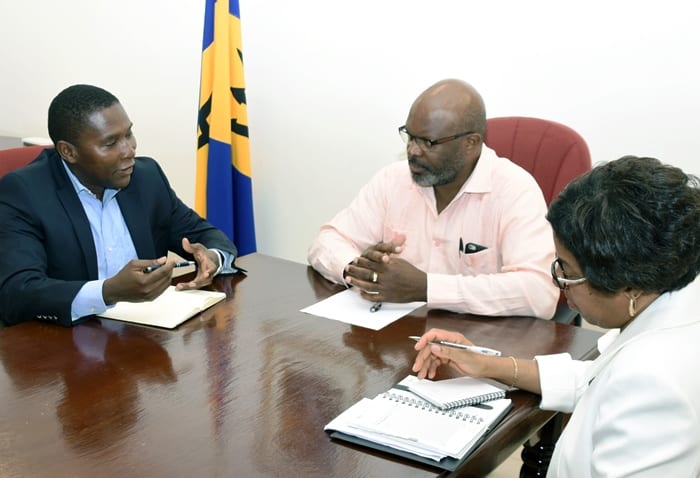 Security issues and training opportunities for Barbadians were the main talking points when this island’s Ambassador to the United States of America, Selwin Hart, met with Attorney General, Adriel Brathwaite, today.

Among the areas discussed were cybersecurity and training within that field; the Caribbean Basin Security Initiative and the need for it to be more demand driven; the possibility of exploring the use of drone technology for the island; and establishing a marine arm for the Regional Security System.

Issues pertaining to drugs, in particular the work being done through the Inter-American Drug Abuse Control Commission with the Drug Treatment Court, were also highlighted during today’s talks.

Mr. Brathwaite highlighted the fact that gun-related crimes were plaguing the region, and stressed that an evaluation needed to be carried out to assess what more could be done.

He also indicated that Civil Asset Forfeiture legislation should be on Barbados’ law books before year-end, while new initiatives for at-risk youth were still been explored.

In response, Mr. Hart stated that Barbados needed to maximise training opportunities which could be useful in assisting the country to deal with emerging and changing trends in various areas.