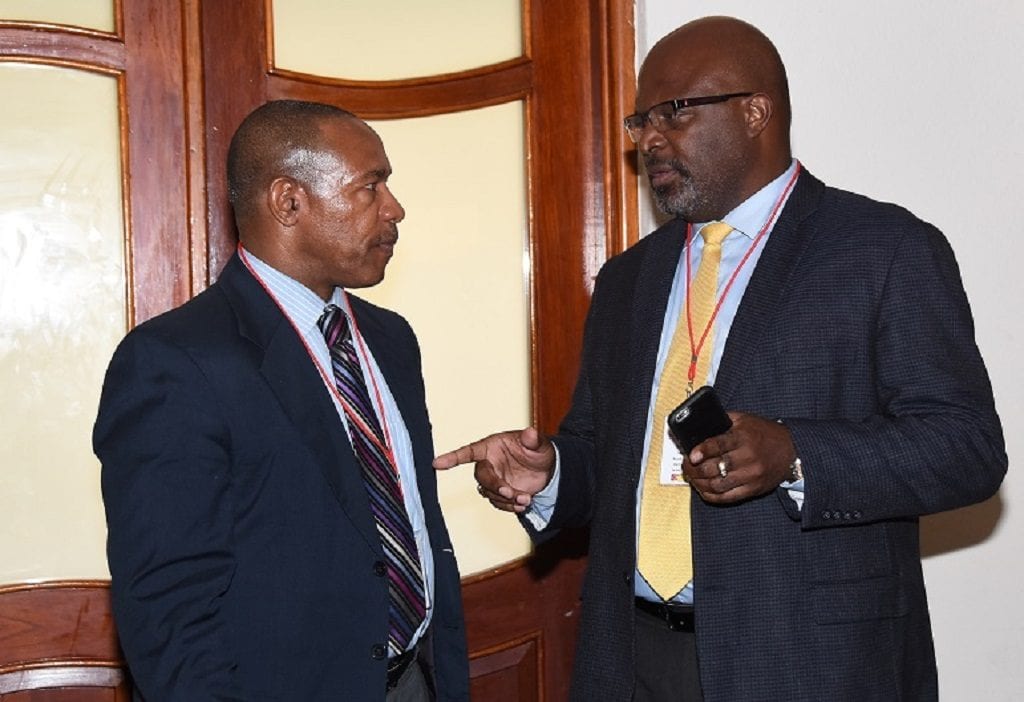 There is a future for the postal service, but its success is hinged on reform and changes being made within the existing system.

He was at the time delivering the feature address during the 3rd Council of Ministers of Postal Affairs conference at the Accra Beach Resort and Spa this morning.

Mr. Brathwaite, who is also Attorney General, raised a number of issues which he said needed to be discussed in paving the future for the postal service across the region. These issues include the ability of the postal services to deliver packages in a timely manner. He explained that post offices had the advantage over private couriers because of their ability to deliver packages across the world.

“What we need to do is find the common platform. We need to find the technology in particular that allows us to share information, that allows us to deliver packages in real time because people want to know that it has been picked up, where it is at any point in time and that it would be delivered on time,” the Minister pointed out.

However, he noted that issues with delivery through regional carrier LIAT formed part of the discussion at the last Ministerial conference, and would do so again. He stressed that direct communication was essential, as “time was money” when dealing with the delivery of the post.

Mr. Brathwaite added that dialogue also needed to be held with Customs to see how best the two entities could work together to ensure the speedy delivery of packages coming through the post. The Minister further noted that the issue of security also had to be examined, as officials were having more challenges in the use of the post for illicit purposes.

“We need to address that in a meaningful way… From a national security perspective we need to pay closer attention and ensure that we get it right,” the Attorney General stated.