AG: Come Together For Children’s Sake 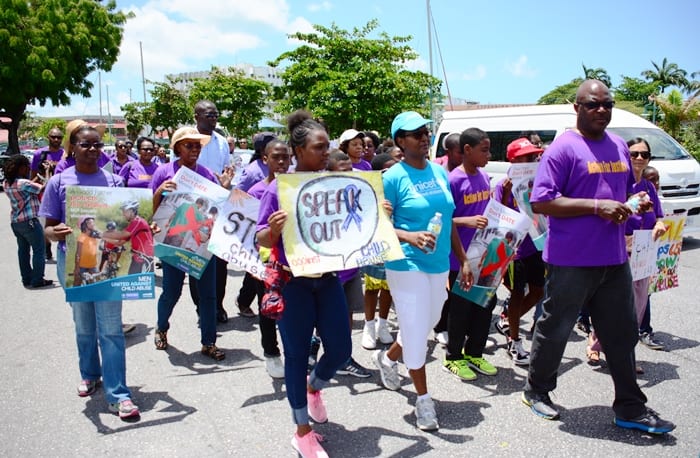 Agencies across Barbados are being called upon to collaborate and focus more on the root causes of children’s behaviour, rather than just punishing their actions.

During his address at the start of the third annual Action for Justice march and rally in Heroes Square recently, Minister of Home Affairs, Adriel Brathwaite, stated that already, the Government Industrial School, the Ministry of Home Affairs and the Ministry of Education have joined forces to see how they can address this issue.

In addition, he announced plans to expand and formalise this collaboration to include teachers, Parent Teacher Associations, the unions and the judiciary to better respond to the needs of children.

“The answer cannot be let us incarcerate our children; let us send them to the Government Industrial School. The answer has to be, let us examine the root cause of the deviant behaviour and try to address that so that they don’t graduate to more serious criminal behaviour,” he insisted.

The Minister lamented that villages which once raised children had disappeared and were replaced by terraces. “We need the heights and the terraces to become part of the village. We need the schools, Parliament… wherever all of us are to become the village and help raise our children,” the Minister urged, cautioning that without that, Barbados would face more serious difficulties.

Founder of the Action for Justice Child Protection March, Anne Hamilton-Cutting, also emphasised the point that it took a community to raise a child.

She stated that child abuse in all forms affected everyone in society and warned that it could not be solved with “piece meal interventions”.

Ms. Hamilton-Cutting noted that Action for Justice had also partnered with Genesis Law Chambers to increase sensitisation about child abuse and to offer legal assistance to victims and survivors.