AG; Corruption Culture Must Be Stamped Out 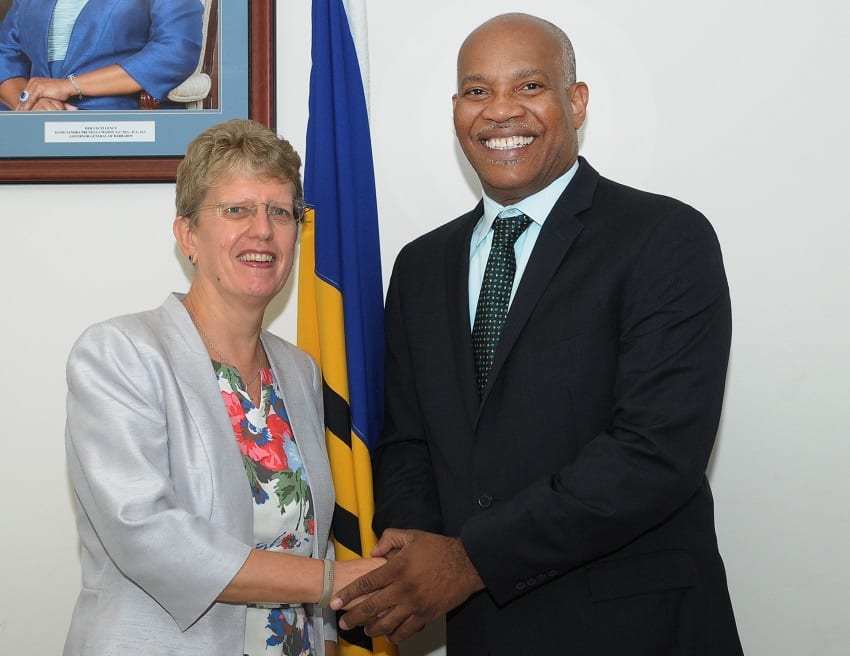 Attorney General Dale Marshall is adamant that Government will do all it can to stamp out corruption in this country.

He expressed this sentiment during a recent courtesy call with British High Commissioner to Barbados, Janet Douglas.

During the meeting, Mrs. Douglas disclosed that her office would soon release a publication entitled Toolkit: Investigation and Prosecution of Corruption, which she believes will be beneficial in this island’s fight against corruption.

She noted that the information was written in an applicable way, and this would be ideal in assisting law enforcement officers.

Mr. Marshall said the toolkit would be specifically helpful for the White Collar Crime Unit, since corruption was not an easy crime to prove.  He also suggested that the toolkit be complemented with face to face training to accomplish maximum results.

Stressing that a small percentage of addressing the issue of corruption was punishment, he insisted that it was key to make the environment as inhospitable as possible, so that people would be deterred from corrupt practices.

“Corruption is somewhat like a culture in some countries, but we need to arrest this while it is young,” he said, adding that one challenge was also to get witnesses to come forward.

During the meeting, the British envoy offered to provide training for judges in the area of developing sentence guidelines. Noting that currently cases were used to give direction for punishments, she pointed out that if categories of offences and sentences were created, it would help with fairness, eliminating backlogs at the court and preventing inconsistency of judgments.