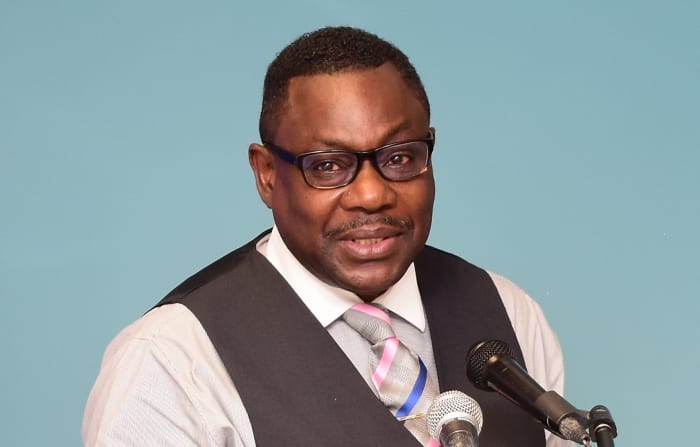 The Acting Minister of Foreign Affairs and Foreign Trade, Steve Blackett has called for an end to fragmented approaches to dealing with regional affairs.

He made this appeal today, while addressing a regional consultation for an Effective Platform for CARIFORUM French Caribbean Outermost Regions (FCORS) and British and Dutch Overseas Countries and Territories (OCTS) at the Radisson Aquatica Hotel.

The Acting Foreign Minister told his audience that the region is too small for the fragmented approaches to continue. He maintained that there must be some regard to the “consolidation and harnessing of our efforts”.

Mr. Blackett reasoned: “Some constructs may not be as effective and efficient as initially envisaged [and there is room for improvement.  These improvements will help us to dialogue on immediate matters such as the pending departure of the United Kingdom from the European Union and the pending consultations on the future of the relationship between the African, Caribbean and Pacific States and the European Union, for example.”

He pointed out that it could no longer be business as usual in light of the advances in the world.  In this connection, Mr. Blackett urged participants to capitalise on the transformation and use all available resources to build a region that was “testimony to the vision of the late Clovis Bureaugard’s.  His insightfulness on Caribbean unity has to a great degree led to us being here today: – a region which cooperates and coordinates to its advantage…a region which has real time connectivity, the sharing of best practices, sustainable development and increased standard of living for all.

“Let us not see each other as competitors, but as partners [that] involve the relevant stakeholders at the public, private and civil society level. A partnership which is built on the appropriate structures at the political and technical levels,” Mr. Blackett underlined.

Meanwhile, Director General of CARIFORUM, Mr. Percival Marie in a press release ahead of the meeting said: “The regional consultation serves to examine CARIFORUM’s relationship with the FCORs and the OCTS, which was previously promoted through four Thematic Task Forces (TTFs) in the areas of Natural Disaster Management, HIV/AIDS, Trade and Investment, and Interconnection.”

He further stated that the regional consultation will also “zero-in” on the operations of the four TTFs and it is expected that officials will advise on the continued relevance of this mechanism in the current social, economic and political environment and/or advise on appropriate alternative mechanisms to ensure sustainable dialogue for strengthened political, economic and technical cooperation.

The dialogue, which began today, will conclude tomorrow Thursday, April 12.