AG: Test Those Working At Borders 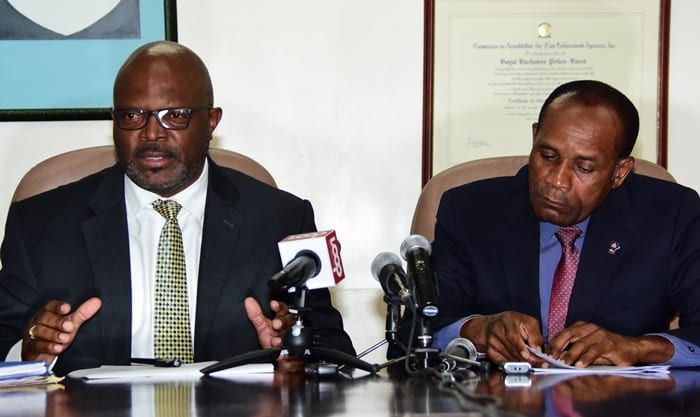 As the police prepare to intensify the war against illegal guns in Barbados, Attorney General, Adriel Brathwaite, has called for all those working at agencies responsible for protecting the island’s borders to undergo integrity testing.

Mr. Brathwaite made this call in response to questions from the media during a press conference on crime at Police Headquarters yesterday.

“All agencies which have border security responsibility, to my mind, we have to move as a country to put them through the same rigorous testing that the Commissioner has done and continues to do, particularly those in sensitive positions,” he said.

In fact, the Attorney General said that as part of the national security apparatus, that was one of the things he was strongly recommending for Barbados.

Noting that people often became sensitive when the matter was discussed, Mr. Brathwaite stressed that “without doubt there were undesirables in almost every organisation”.

However, he contended that the necessary tools should be used to ensure you got the “best of the best”, particularly in sensitive occupations.

While acknowledging that Barbados had “porous” borders, Mr. Brathwaite said similar methods were already employed by the Royal Barbados Police Force’s (RBPF) Marine Unit, the Barbados Coast Guard and other sections of the Force which dealt with sensitive information. 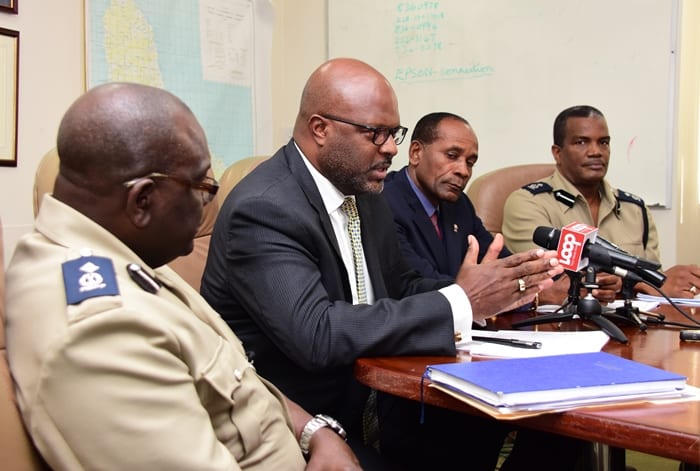 However, he told members of the media that while the intelligence was there, the cooperation was not, thereby reducing the likely success at curbing the problem.

“The thing is for all to work together to collaborate and ensure that items coming in, we are sure of what they are. As long as we have that cooperation, we will make a dent in the firearms coming in,” he stated.

In the interim, Mr. Griffith said officers from the RBPF had sought dialogue with other law enforcement partners at the ports of entry to ensure that they could reduce the number of firearms that are entering through the ports.

He added that they were also hoping to have joint training with the entities involved so everyone would be on the same wave length. “There has been a commitment from some law enforcement partners to recommit to sharing information and working with us to ensure that we take more firearms off the street and from coming into the country,” he disclosed.

Meanwhile, the Acting Commissioner said the Force had revamped its Anti-Gun Unit by increasing its numbers and re-tooling personnel. “That unit is now performing extremely well,” he said, noting that with the assistance of other Units, 44 guns were taken off the street so far for the year.