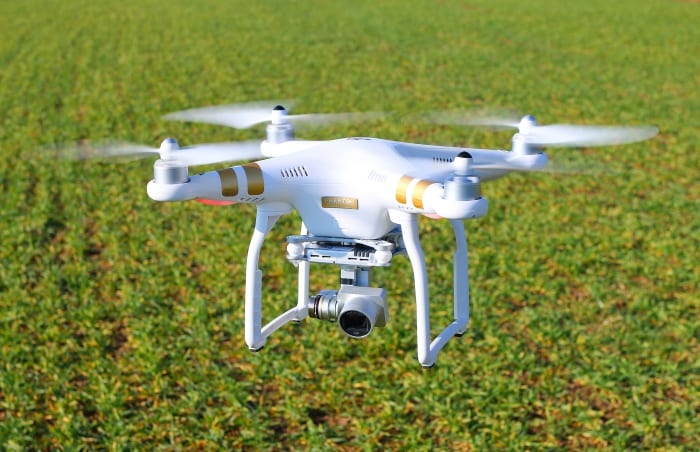 As Government looks to strengthen legislation to combat praedial larceny, the possibility of drone technology to police farms is also under consideration.

Officials from the Ministry of Agriculture, Food, Fisheries and Water Resource Management, farmers and other stakeholders met at the Ministry’s Graeme Hall, Christ Church location recently to hear exactly how drones could help deter thieves from stealing their crops.

Speaking during a presentation on Using Drone Technology to Combat Praedial Larceny, Chief Agricultural Officer at the Ministry, Lennox Chandler, stated: “The legislation itself will not do it. Technology has come to the rescue of a number of things before, and we can use technology to see how we can combat the scourge of praedial larceny.”

Mr. Chandler said that the Ministry offered a one-time rebate of 50 per cent of the costs of installing a farm security system up to a maximum of $10,000. “We may have to look to increase it when things improve. The farm is not a shop or store that you can lock and walk away [so] this drone technology may be useful…,” he maintained.

Meanwhile, Director of Viral Media Inc., the company which has brought the concept to the fore, Kevin Seale, said drone technology could help to “deter menaces” from farms.

“When they rob you they rob an entire system. Farmers no longer want to plant [and] this strengthens the gateway for the major chains to continue to import commodities which can be grown locally,” he surmised.

However, the Director noted that the drones, also referred to as unmanned aerial vehicles (UAVs), could offer a solution for farmers through live feeds of the farms.

“They are able to send a live feed after being deployed. So you the farmer, your security personnel, are now able to respond or send information back to the police. Security sweeps can be preplanned eliminated the need for rounds made by security guards while complimenting and enhancing your security systems,” he explained.

Mr. Seale further explained that the drones could circle farms every half hour to 34 minutes, and could cost between US$1,000 to US$10,000. Applications seeking to use drones on a specific route must be made to the Ministry of Defence and Security, he said.