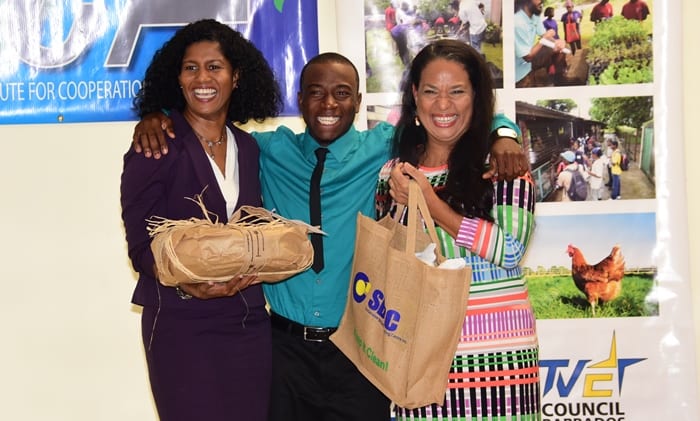 Minister of Labour, Social Security and Human Resource Development, Senator Dr. Esther Byer Suckoo has re-iterated the importance of youth involvement in the future viability of the local agriculture sector.

She expressed this view recently while addressing the graduation ceremony of the Youth Farm 2016 held under the aegis of the Inter-American Institute on Cooperation in Agriculture, (IICA) in Building No.2, Harbour Industrial Estate, St. Michael.

Senator Byer Suckoo pointed out that while careers in medicine, pharmacy, plumbing, legal, engineering and information technology were important, so too were the skills of agricultural workers.

“My message to you [graduates] is simple – We need you. Whether it is [pursuing opportunities] as crop scientists, soil scientists, plant breeders, crop farmers, livestock farmers or greenhouse specialists, we need you all,” she insisted.

Emphasising that the majority of farmers in Barbados and across the Caribbean were well advanced in age, she said the possibility existed that the sector could stagnate in the future if not enough young people “stepped up” to carry on the work.

The Labour Minister said Government was committed to providing opportunities for the youth and embracing partnerships that fostered education and growth – a situation which she described as “high on the agenda”.

During the event, the participants received certificates and special prizes for outstanding performances in their Caribbean Vocational Qualification Level 1 qualification and on their job attachments.