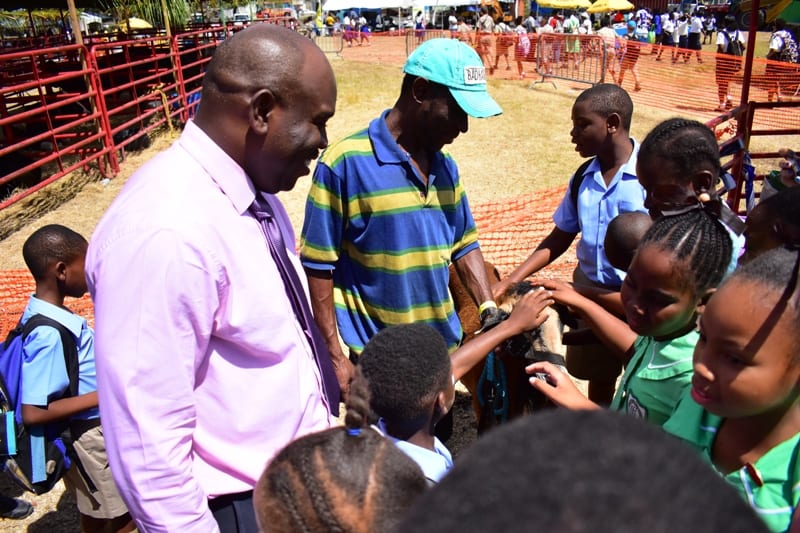 Minister in the Ministry of Finance, Ryan Straughn, encourages primary school students to pat a black belly sheep, yesterday, at the opening of Agrofest 2019. (C.Pitt/BGIS)

Minister in the Ministry of Finance, Ryan Straughn, has underscored the importance of the agricultural sector, saying it is necessary that Barbados achieves a greater level of food security.

Mr. Straughn made the comments on Friday after touring Agrofest 2019 at Queen’s Park with a number of primary school children from Christ Church Girls’, Milton Lynch and St. Bartholomew. 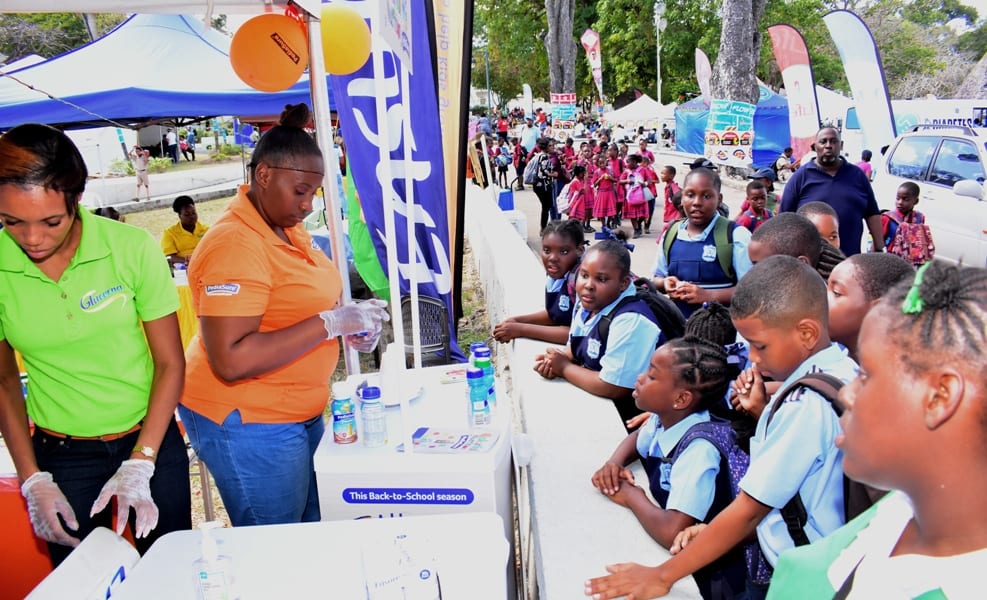 Minister Straughn stated: “What was on show at Agrofest was very impressive, and so it is left now up to the Ministry of Agriculture to work with the Ministry of Education to make sure that all of the various technologies that are available for boosting food production in the country, and that can also lead to greater agro-processing, are in place.”

He continued: “I know that there is more that the Government of Barbados should be able to do across the many communities and I know the Ministry of Agriculture has an exciting framework and plan in order to help young people see that there is opportunity within agriculture, not just from a food crop perspective.”

Minister Straughn pointed out that the rearing of black belly sheep was one of the critical areas that was unique to Barbados.  He expressed the wish that as students interacted with the animals at Agrofest that it would raise the level of animal husbandry awareness in the country, allowing for greater opportunities going forward.