With an expected turnout of over 60,000 locals and visitors in Queen’s Park from Friday, February 24, to Sunday, February 26, an optimistic Mr. Fraser said that despite a few challenges, plans were progressing well.

He stated that over the years, the BAS had seen a steady increase in the number of exhibits, and noted that this year 360 exhibitors were registered, while some persons were turned away due to a lack of space.

“…There are only so many people that we can accommodate, so that number is not expected to grow beyond that 350, 360 range in the future, unless we gain some additional grounds.”

This year, a few new features are expected. “One of the things we experimented with last year and we are going to bring back in a bigger fashion is the Ole time Bajan games, and we are also throwing in some new games to get patrons involved in the exhibition itself.

“There are also a number of other exciting exhibits, as we have a group coming in from Trinidad which is going to show how to set up a garden in a small space, for example in a ten by ten space,” Mr. Fraser explained. 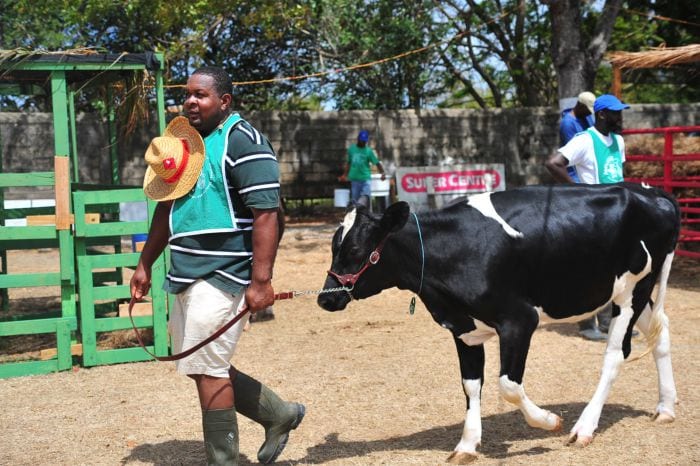 With attractions including livestock, vegetables, flowers, plants, craft items, educational items, games of chance and live performances by leading local artistes, Agrofest has grown to be one of the highlights of the national calendar.  However, Mr. Fraser noted that he was still looking forward to seeing more agricultural exhibits.

“It is by and large an agricultural exhibition but while we do utilise the entire Spartan pasture for most of those exhibits, we are not seeing as many farmers coming through with produce throughout the exhibition.  It has improved over the years, I must admit but we want to see the pasture flooded with produce over the weekend and other agricultural inputs as well.”

The coordinator disagreed with those persons who claimed that there seemed to be more plastic toys than agricultural products at Agrofest.

“If you look at the areas that we have allocated for the plastic stuff it is a very small group.  So, for instance, you would have the kids’ area and we only have about 30 or 40 vendors and all of them are not doing toys.  People are doing food and popcorn, etc.

“For our agricultural exhibits, which are on the main pasture, we have just over 100 plus exhibitors alone, so that takes up the bulk of the event,” he revealed.

Mr. Fraser indicated that Agrofest will continue as an annual event, and not biennially as some would suggest, as it was the one time of year when persons could showcase their products.

“We are here to show the farmers’ innovation, new technologies that they can tap into. And, I think that is something people want to see on a yearly basis.  Outside of that, the demand from exhibitors and vendors is there, so I don’t see any need to have it as a biennial event,” he stressed. 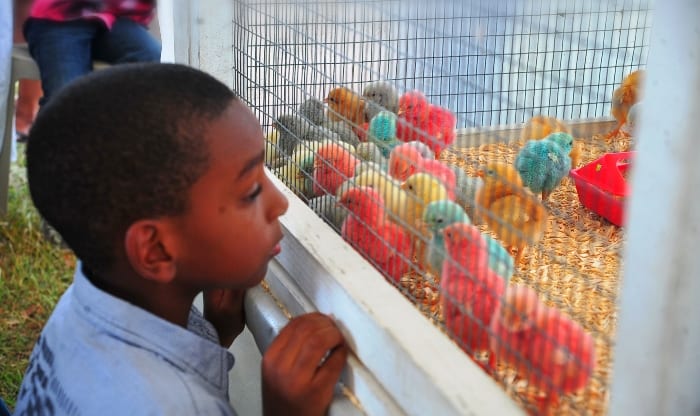 Pointing out that the BAS was constantly working with commodity groups to engage the farming community, he said that farmers were being encouraged to come on board.

“For instance, we are going to see a larger number of beef animals this year taking part in the beef show.  That is because we have literally gone out there and encouraged the farmers to participate, as last year the show was not as big as we wanted. So, we have had a significant increase this year.”

Mr. Fraser also encouraged Barbadians to come out and to continue to support the event. “It’s a family friendly atmosphere and every year it keeps getting better.  We have maintained low admittance costs over the years and what better way to enjoy the weekend!”