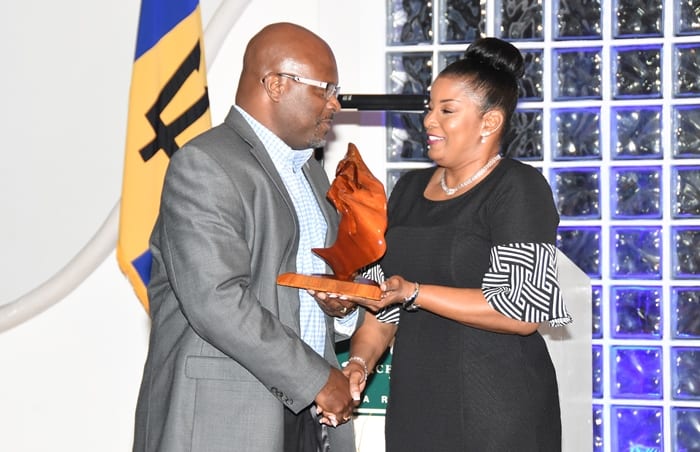 Don’t expect Attorney General, Adriel Brathwaite, to encourage the legalisation of marijuana without first understanding all the implications it has for Barbados and its youth.

He made his position on the debate for Barbados to follow its Caribbean neighbours and legalise marijuana clear as he addressed the National Council on Substance Abuse’s 21st anniversary awards and recognition ceremony at the Accra Beach Resort and Spa on Saturday evening.

However, the Minister of Home Affairs declared that he was not in favour of the criminalisation of young people for small quantities of marijuana.

“But, I am certainly not going to go in the direction of encouraging the Government of Barbados to legalise marijuana, or any drug, without us understanding the implications for us as a country and the implications for our young people in particular when they use these substances,” he stated.

Mr. Brathwaite stated that statistics emerging from institutions such as the Government Industrial School, HMP Dodds, Verdun House and the Centre for Counselling Addiction Support Alternatives (CASA) showed that there was a connection between the inmates’ criminal behaviour and the abuse of legal and illegal substances.

Mr. Brathwaite stressed that it was on this premise that it was important to engage entities such as the Ministry of Health to discuss potential health challenges of marijuana use and their implications if it was legalised.

He warned that Barbados needed to be on the “cutting edge” in its future responses, as the results of the abuse of illegal substances now affecting the international community would eventually reach this island’s shores.

“We cannot bury our heads in the sand and assume that it will not happen to Barbados. We have to assume that what we are seeing in North America with their young people will come to Barbados,” the Attorney General warned.

He therefore stressed that agencies such as the NCSA had a critical role to play, and needed to make its voice heard and get its messages out.

During the evening, several media houses and other stakeholders received awards and certificates of recognition for their contribution to the NCSA over the last 21 years.

Among those receiving certificates of recognition under the Spotlight Award were the Barbados Government Information Service, the Nation Publishing Company, and the Caribbean Broadcasting Corporation.

The Canadian High Commission, the Organization of American States, the British High Commission and the United States Embassy received awards under the Global Village Awardee category.

Six NCSA staff members, including Brian “Bumba” Payne, who worked with the organisation since 1996, received the NCSA Long Service Award.