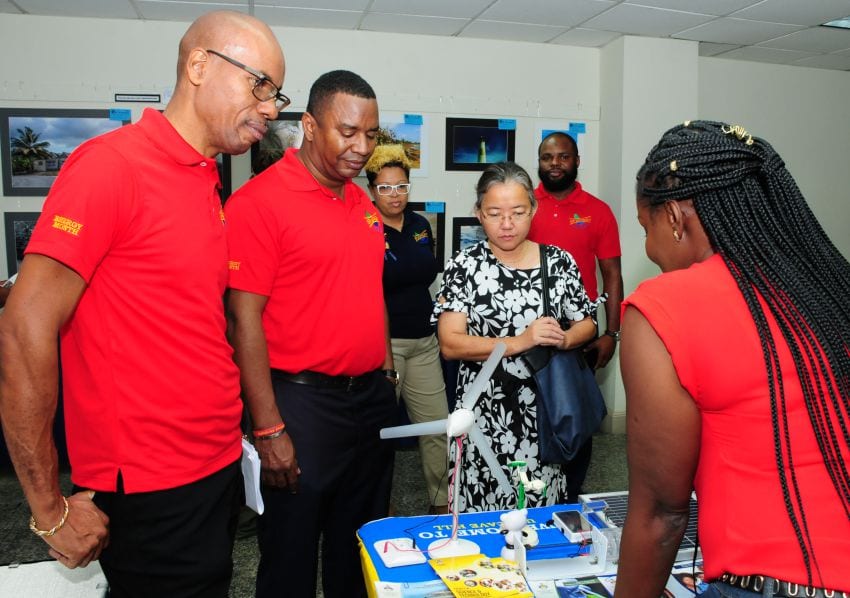 The Ministry of Energy and Water Resources is continuing its thrust to inform the public about renewable energy offerings by hosting an Energy Expo, as Barbados seeks to become energy independent, resilient and sufficient by 2030.

Speaking at the opening of the Expo, which was recently held under the theme ‘Executing the Energy Revolution in Barbados’, at the Lloyd Erskine Sandiford Centre, Minister of Energy and Water Resources, Wilfred Abrahams, encouraged attendees to gather as much information as possible, so that they could help Barbados become a 100 per cent renewable energy and carbon neutral island-state by 2030.

Mr. Abrahams said, by having this information, everyone could adopt sustainable practices, which would assist Government in achieving its 2030 goal. “Let us recognize that we can be stewards of our own destinies and together we can transform our energy sector,” he added.

Minister Abrahams also noted that his Ministry’s ongoing efforts to promote and encourage innovation, entrepreneurship and to build capacity in the renewable energy sector, as well as having the necessary support from energy stakeholders and those living in Barbados, were key to achieving the 2030 target. He said he “eagerly anticipates the new opportunities that will arise from emerging sectors throughout this journey”.

“What we need to push in Barbados is the ‘I Believe’ attitude.  We need to buy into the dream of 2030…. I firmly believe that the next great breakthrough in the area of renewable energy is going to come from Barbados,” Abrahams stated.

He pointed out that Solar Dynamics, which is ranked number one around the world in solar thermal energy, at 488.64 British Thermal Unit (BTU) per 1000 population, was leading the charge in breakthroughs for Barbados in the energy sector.

Minister Abrahams also thanked the United Nations Development Programme (UNDP) Disaster Risk and Energy Access Management (DREAM) Project for supporting the Energy Expo, as well as other projects, the participating companies, and Ministry staff for their efforts in producing the Energy Expo.

The Expo was the second public education and awareness campaign being executed under the DREAM Project. The project is grant funded by the Global Environment Facility, with support through the UNDP.