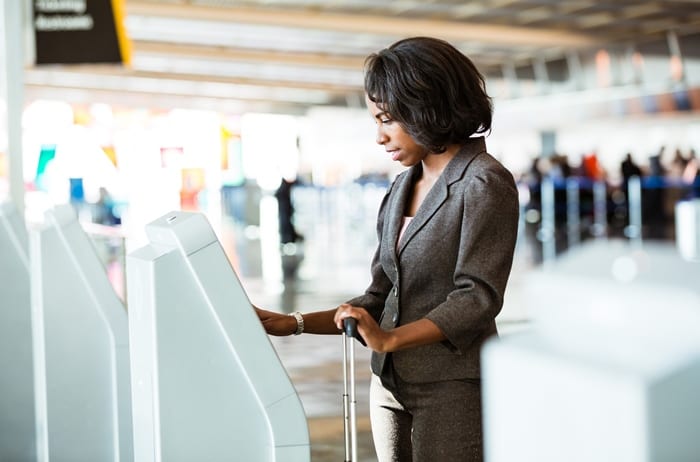 The 16 kiosks at the Grantley Adams International Airport are operational, and travellers have been encouraged to use them.

Minister of Home Affairs, Edmund Hinkson, called on persons to use the kiosks on arriving in Barbados, in an effort to fast track the process before they see an Immigration Officer.

He extended this invitation after touring the new headquarters of the Barbados Immigration Department in the Princess Alice Corporate Centre on Monday.

Noting that Cabinet agreed in principle to the pilot project, Mr. Hinkson said his Ministry was presently working on bringing the relevant legislation to Parliament to guide the process.

“There is model CARICOM legislation which would include the kiosks and Advanced Passenger Information [Systems], which we in Barbados are behind on, [and] some other CARICOM sister countries already have in place,” he said, noting that those countries included St. Lucia, Grenada and Antigua.

However, he reiterated that the kiosks operated on a facial identification process and there was no fingerprinting exercise being conducted under the pilot project.

The Minister pointed out that it did not mean non-Barbadians could not be fingerprinted. “There is nothing that would stop you from fingerprinting non-Barbadians, in terms of the Constitution,” he said.

However, he added that the kiosks were not outfitted for fingerprinting and new legislation would be required for this to happen.