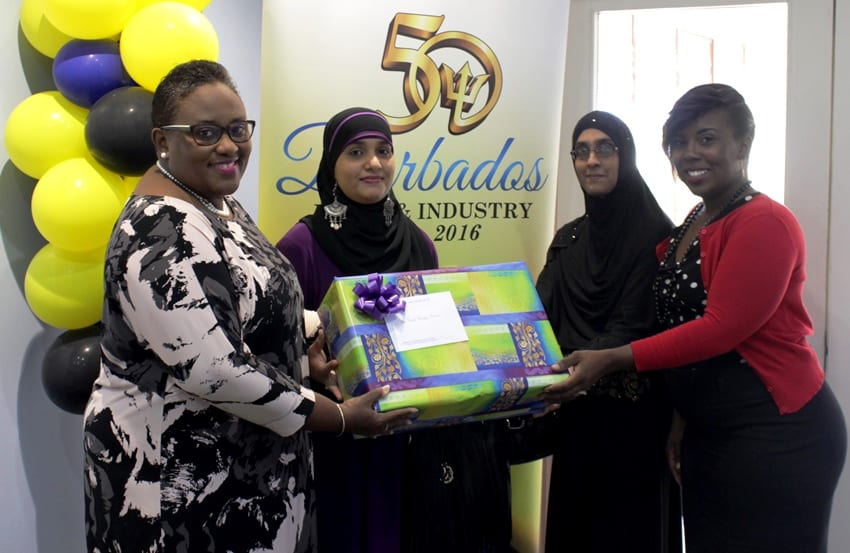 The Al-Falah and St. Lawrence Primary Schools are the winners of the Flags and Fifties competition, which was hosted by the 50th Anniversary of Independence Celebrations Secretariat, as part of Barbados’ Golden Jubilee celebrations.

Following a tally of votes on the 50Barbados Facebook page, along with individual judging, the two schools held the top position, while the third position was shared by the St. Philip and Vauxhall Primary Schools.

The competition was conceptualised to encourage children to decorate their schools with the national colours and emblems, by providing templates of the National Flag and the 50th Anniversary of Independence Logo. In addition to decorating the schools with the fully coloured symbols, students created a display utilising the Flags and Fifties.

During a brief presentation, which was held at the Secretariat’s office at the Old Town Hall, Cheapside, on Tuesday, teachers proudly accepted their prizes from Permanent Secretary, Gabrielle Springer. The Flags and Fifties competition was sponsored in part by Phoenix Protection Services.