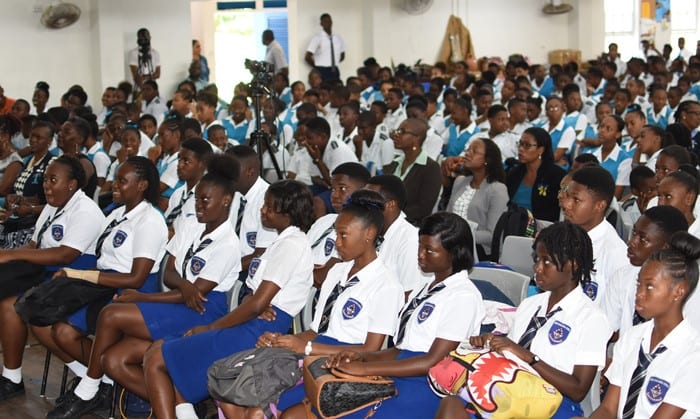 Students of The Alexandra School. (FP)

The Alexandra School will hold a route march entitled Alexandra In The Community, to celebrate this island’s 50th Anniversary of Independence.  It will take place, tomorrow, Wednesday, November 23, commencing at 9:30 a.m. in Speightstown, St. Peter.

Approximately 800 students and members of staff are expected to participate in the march.  Students wearing colours depicting the national flag, and a contingent in school uniform will be carrying the Barbados and Alexandra School flags, and small blue or yellow flags.  The marchers will be accompanied by a vehicle playing appropriate local music.

Small Independence gift hampers will be given to 50 persons randomly selected during the march.  A special presentation will also be made to the District E Police Station. Persons in the Speightstown Community are invited to join in the celebrations.