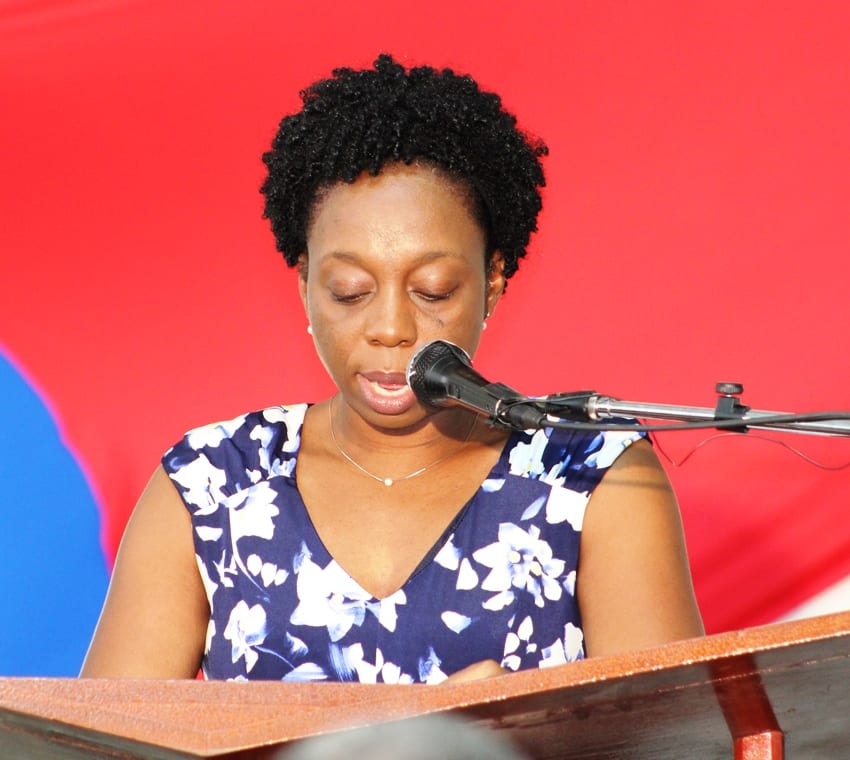 BWU General Secretary, Senator Toni Moore, acknowledged that the Union was proud of the National Workplace Wellness Policy. (A. Husbands/BGIS)

A new initiative, rolled out to encourage health and wellness in workplaces across the island, is being recommended to all sectors.

It is the National Workplace Wellness Policy, which was launched today at the Barbados Workers’ Union (BWU) headquarters at Solidarity House, Harmony Hall, St. Michael.

BWU General Secretary, Senator Toni Moore, acknowledging that the Union was proud of the initiative, commended it to Government ministries and departments as well as private sector companies, health NGOs and CARICOM neighbours.

She added: “We would particularly like the policy put to use in the polyclinics as well as in our school system from nursery to tertiary levels, particularly as the Government, in tandem with the Healthy Caribbean Coalition, is putting major emphasis on issues such as the childhood obesity epidemic and NCDs control.”

Senator Moore noted that the policy arose because of “the horrendous human and economic cost” borne by the Barbadian work force and the wider population, which was caused by vector diseases like chikungunya and zika, workplace accidents and chronic non-communicable diseases such as cancer, heart disease, stroke, hypertension and diabetes.

“We recognize that workplace accidents and these diseases were the cause of illness, hospitalization, lower limb amputations in the case of diabetes, prolonged absences and ultimately untimely deaths…,” she explained, adding that Barbados had come a long way in how it approached workplace health and safety issues. 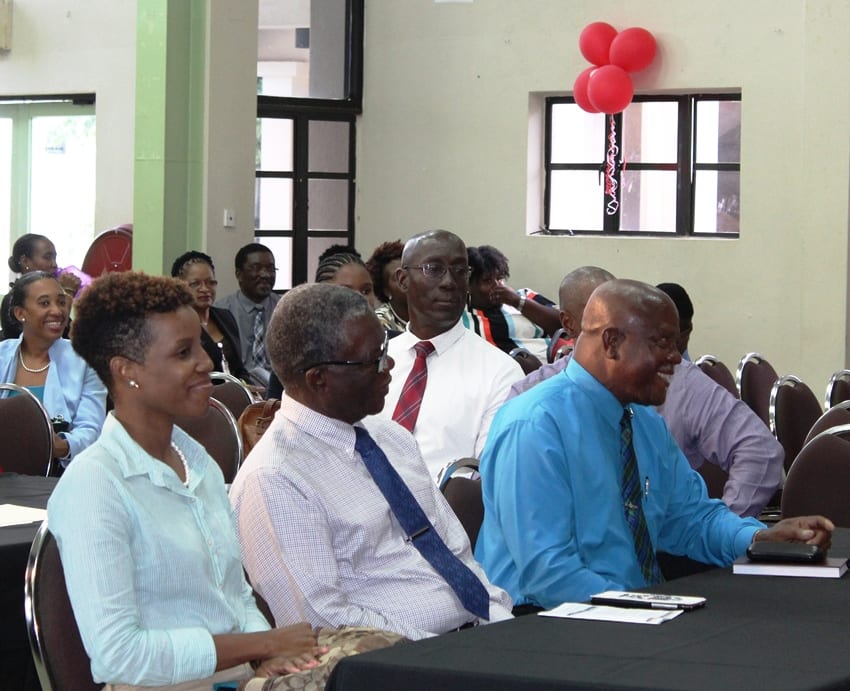 Adding that 40 years ago BWU’s collective agreements and teaching programmes dealt with basic issues such as the use of googles, hard hats, boots, helmets, gloves and aprons, she said today’s issues include industrial safety and health to public health areas such as vector control, mental health and NCDs.

Among those lauded for helping to develop the policy, over the last four years, were BWU’s Orlando ‘Gabby’ Scott; PAHO’s Representative to Barbados and the Eastern Caribbean, Dr. Godfrey Xuereb; Chairman of the Commission for Chronic Disease in Barbados and President of the Healthy Caribbean Coalition, Professor Sir Trevor Hassell; and Head of the Faculty of Management at The UWI, Cave Hill Campus, Dr. Dwayne Devonish, author of the document.

Senior Assistant General Secretary, Orlando “Gabby” Scott, in conveying a message by PAHO’s Representative to Barbados and the Eastern Caribbean, Dr. Godfrey Xuereb, said: “To achieve wellness, we must ensure that our worksites are conducive to a healthy environment, not just with regards to air pollution, to ergonomic desks and to be free from physical hazards.

“But in a Barbados of 2020 where the main causes of disability and burden of disease is that from non-communicable diseases, we need to also look at our workplaces as having enabling environments for people to practise healthy eating, be physically active, not be exposed to tobacco smoke and ensure that they have a good work life balance to keep them mentally fit.”

Pointing out that the benefits to employers was a productive workforce, he said: “If we don’t stem the scourge of NCDs – especially diabetes and hypertension – we will soon have the most important resource in this country too sick to be productive.  Unless we stem the rise of hypertension, and we can only do this through reducing our salt intake and being physically active, we will soon have the majority of our productive age group too ill to produce – be it through disabilities from stroke, be it from having to be on dialysis or from having lower limb amputations.”