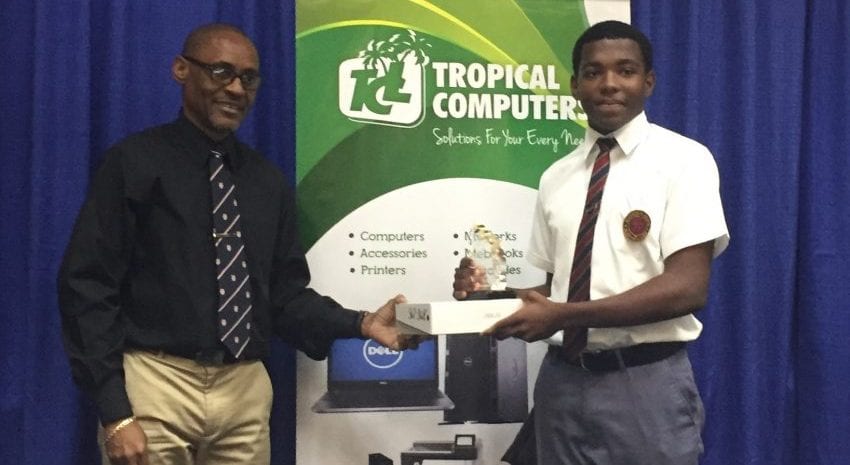 Adero Daniel of the Alleyne School has emerged the Most Outstanding Speaker in this year’s Third Biennial Science and Technology (S&T) Speak-Off Competition, which took place on March 23, at the Lloyd Erskine Sandiford Centre.

The initiative, which formed part of the National Council for Science and Technology’s (NCST) S&T Symposium, held from March 22 to 23, saw the young man winning an Acer iPad Transformer donated by Tropical Computers.

He won the coveted prize after delivering a five-minute presentation on the topic: Biofuels are impractical as a replacement source of energy for fossil fuel for the Caribbean region.

In his exposition, Adero noted that although at times biofuels were recognised as a renewable source of energy, the major concern was the large volume of raw ingredients required for the production of this energy source.

Continuing his argument, Adero said: “Furthermore, scientists are concerned that in the Caribbean, we would need to produce large farmlands to supplement biofuel production. Now this would not only call for a large volume of water, which in many Caribbean countries is a very scarce commodity, but also we are told by the Centre  for Drug Evaluation and Research that, very ironically, due to land conversion, Green House Gases (GHG) emissions would be released at exponential rates into the atmosphere.

“In addition, Caribbean countries like Barbados would be unable to supply vast quantities of raw ingredients required for the production of these biofuels, and, in turn, this would make the importation of raw materials, such as vegetation, necessary.” 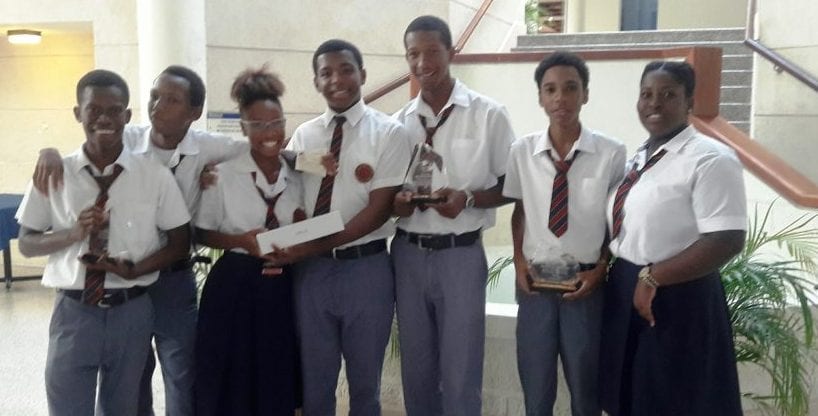 The fifth former, who is Head Boy at his school, stressed that biofuels could also put a strain on the Barbadian economy.  The grave impact on the environment was also highlighted, with the young student maintaining that although biofuel was sometimes recognised as a renewable source of energy, heating, burning and deforestation were hazardous aspects of its production.

Adero contended that this also created GHG emissions that poison the atmosphere. He cited the effect of deforestation on Borneo, where a study published by the International Climate Change website noted that “due to Borneo’s booming palm oil industry, that island is estimated to produce a whopping 558 million metric tons of harmful CO2 gases by 2020”.

Referring to it as an epidemic, the articulate student stressed this could not be allowed to occur in the Caribbean. The alternative, he said, was to go the route of solar energy.

“I must reiterate that biofuels are impractical replacements for fossil fuels in the Caribbean…. Let us not put a band aid on a cut that needs stitches. We must utilise a solution which is sustainable, economic, and greener so as to ensure the security of our Caribbean,” the student advised.

Like his counterparts, the 16-year-old was also asked to deliver a two-minute impromptu speech on the topic: Science is…. To Adero, science was seen as pervasive, with vast theories and methodologies.

Acknowledging that he saw himself also represented in science, he remarked: “It gives us as humans the ability to explore, not only the physical realities but explore intangible and spiritual sides of our selves…. Science is unique, analytical, ingenuity… it allows for a brand new light on the world, giving us a new image, giving us a view of the horizon; it leads us forward.”

A member of the debating team at The Alleyne School, Adero Daniel is also a leader on its student council. Outside of the Hillaby, St. Andrew institution, he is a Senator in the Barbados National Youth Parliament, and hopes one day to become a lawyer specialising in medical research and malpractice cases.

Queried about his big win, Adero, who has been on his school’s Honours Roll, over the years, stated: “I was very excited when I heard I was the winner because I didn’t expect it.  All the competitors did a great job. It filled me with pride. I am grateful as this will augur well for me in my future endeavours.” 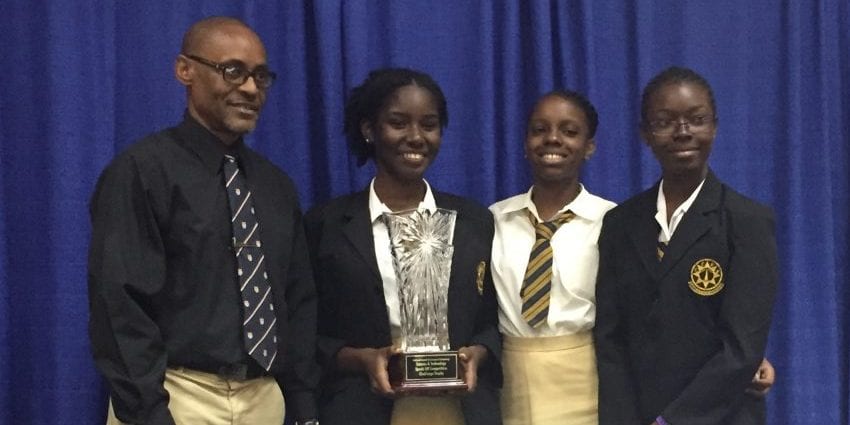 While Adero was adjudged the best overall speaker, Christ Church Foundation School emerged as the winning school. That institution was awarded the challenge trophy and a trip for its two team members and a teacher to attend the Caribbean Youth Science Forum (CYSF) in Trinidad from August 6 to 13.

The Alleyne School had to settle for second, with Combermere placing third. Both institutions received a prize, allowing for a choice of one person to attend the CYSF.

Additionally, each school received a trophy for having participated in what was described by Acting Director of the NCST, Charles Cyrus, as “keenly contested with well-researched presentations on the related issues of science and technology”.