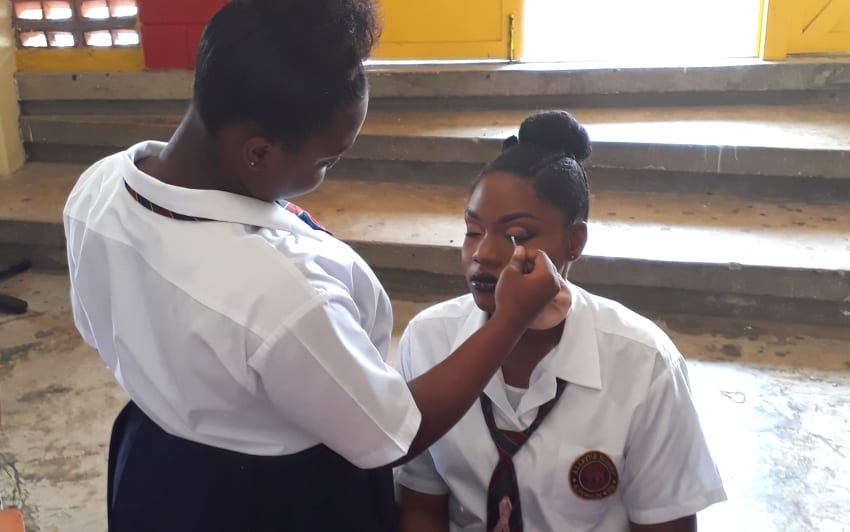 The Alleyne School’s first Caribbean Vocational Qualification (CVQ) Showcase was such a hit that co-ordinators are looking at expanding it to include other schools the next time around.

This is according to the school’s CVQ co-ordinator, Claire Lucas, who explained that the aim of the event was to target Third Form students who were about to select subjects to take at the Caribbean Examinations Council (CXC) and CVQ levels.

The Alleyne School’s CVQ and Guidance Departments hosted the event, which attracted 18 exhibitors, in the school’s auditorium at Belleplaine, St. Andrew, last Monday. Clothing, jewellery, cosmetology and make-up artistry, as well as culinary arts and mixology, were among the areas on exhibit. The event is touted to be the first of its kind held at a secondary school on such a scale.

Ms. Lucas explained that the target age group was seen as one of the most integral in a student’s school life.

The event generated lots of interest from students, who clamoured to witness the skills of Mixologist, Phillip Antoine, a past Alleyne student. There was also keen interest in the culinary delights of Wilwore Jordan, another member of the school’s alumni, who is currently the Head Chef at Port St. Charles. 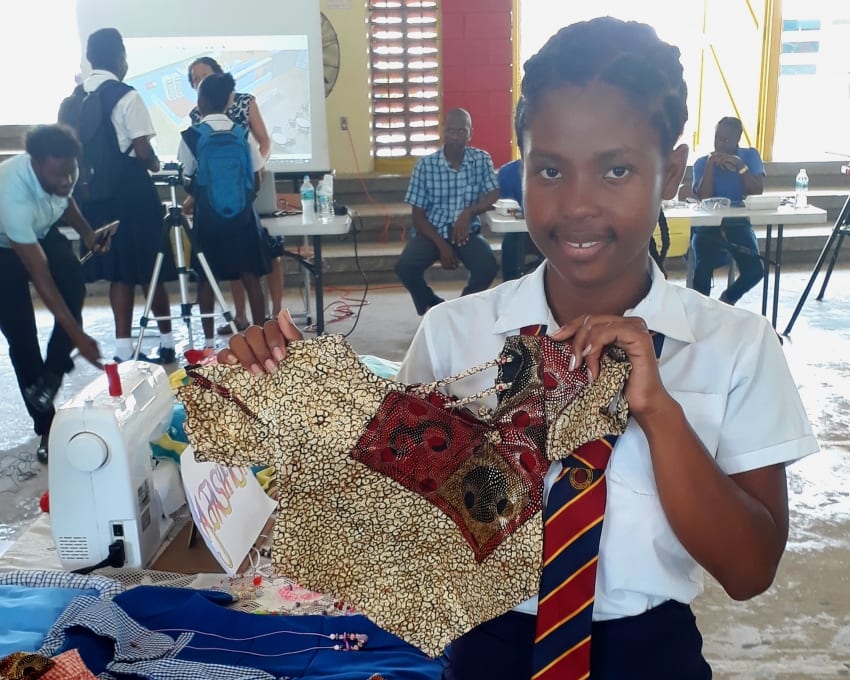 Ms. Lucas said that students were showing as much interest in CVQs as in CSEC subjects at The Alleyne School. However, she explained that many secondary school students did not get to do CVQs because it was “a relatively new area”.

“The students just fall in love the CVQ area because it is more hands-on. It is not that you don’t have to do some theory because you have to create a portfolio but the students really like to be hands-on. We have students right now that need to be engaged, especially kinesthetically, and, therefore, the CVQ offers them practical application. We have a CVQ co-ordinator in every school and, in five years, I estimate that many more people will have CVQs,” she stated.

The Samuel Jackman Prescod Institute of Technology (SJPI), which had the most exhibits at the showcase, attracted the interest of a number of students with their offerings in the areas of Mechanical Engineering Maintenance, Animal Husbandry, Plumbing, Agriculture and Horticulture.

Notably, a number of girls showed keen interest in Motor Vehicle and Engineering Technology. SJPI Instructor, Cyril Beckles, said he received quite a few enquiries from female students about the subject area.

“We had an equal amount of interest from boys and girls in this area. I don’t see any gender barriers – as long as they have eyes and ears they can learn anything. One girl who was really interested said she was doing business studies and while she would love to do a subject like Motor Vehicle and Engineering Technology, she couldn’t and that’s disappointing.

“I think perhaps what we need to do, is to blend what we do academically with what we do technically. In fact, I see both as academics. One is academic – technical and the other is academic – cognitive. Once that barrier and that myth is destroyed, I think persons would be open to doing more subjects like this,” Mr. Beckles maintained.