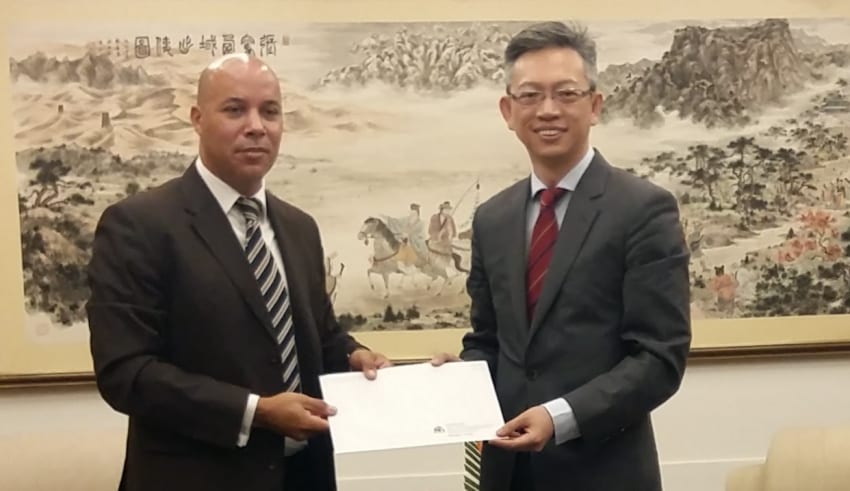 Barbados’ newly appointed Ambassador to the People’s Republic of China (PRC), François Jackman has presented copies of his credentials to the Deputy Director-General of the Protocol Department of the PRC Foreign Ministry, Wang Lutong.

The Ambassador took up office in Beijing last week, and the presentation of credentials paves the way for the diplomat to commence his work.  The informal presentation precedes the formal ceremony where Ambassador Jackman will present his credentials to the country’s head of state, President Xi Jinping, in the second quarter of the year.

Jackman, a career Officer in the Ministry of Foreign Affairs and Foreign Trade, succeeded Dr. Chelston Brathwaite, who completed his tour of duty at the end of 2017, and Sir Lloyd Erskine Sandiford, Barbados’ first resident Ambassador in China, who served from 2010 to 2013.

Barbados established diplomatic relations with the PRC in 1977.  Over the last decade, the relationship between the two states has developed significantly, and China now ranks fourth among Barbados’ trading partners.

It has also been the source of significant investment, including the ongoing Sam Lord’s Castle Redevelopment Project which is being financed by a low-interest loan from the Export-Import Bank of China.