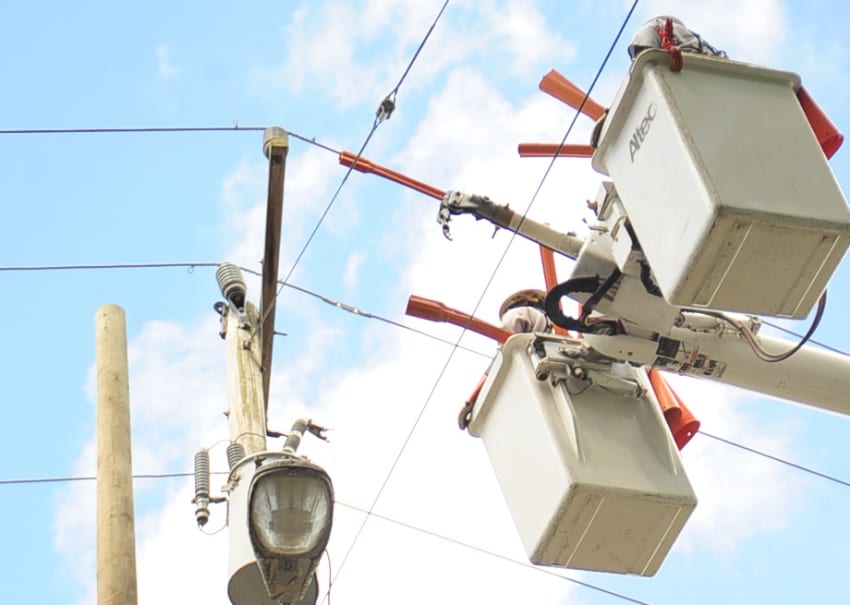 It began like any normal day. The mood at the Barbados Light and Power (BL&P) was jovial, as Power Quality Analyst, Howard Griffith, and his colleagues loaded up the truck for a productive day of maintenance work in Woodland, St. George.

What started out as a traditional working day almost ended in tragedy for one of his colleagues, who was hit by 2,000 volts of electricity and lay unconscious against the pole he was working on as other members of the team frantically raced to save him.

Mr. Griffith gave an eyewitness account of what took place on that eventful day in 1995, during a recent interview with the Barbados Government Information Service.

The employee of BL&P for 37 years recounted that three of his colleagues were already on separate poles carrying out maintenance work while he remained on the ground.

He explained that they were pulling some electrical wires when one of his workmates touched a wire, then touched a stay line, while wearing spurs on the pole.  Unbeknownst to the team, the wire had become energised from a faulty capacitor pack on an adjacent pole.

Then, the unimaginable happened. The Power Quality Analyst explained that the wire was “energised with a high voltage” and a path of current passed through the wire across his work colleague’s chest from one palm to the other.

“He fell unconscious on the pole in spurs and his hands were smoking. We had to get one of the guys to come down from one of the other poles to perform a pole top rescue.  The guy could not get my workmate lifted out of the fallen position on the pole as his body was totally limp. So, I had to go for my spurs, climb the same pole and both of us got him into an upright position where we could sling him up to the rescue rope and lower him off the pole,” Mr. Griffith recalled. 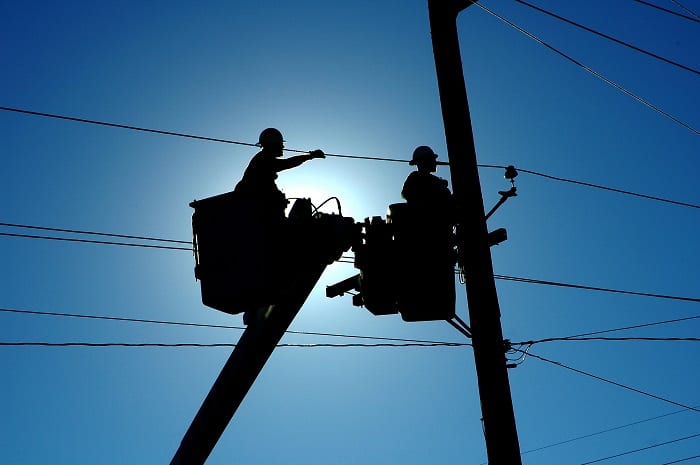 He continued: “When we got him to the ground, we had to perform CPR to revive him and we called the Control Room to tell them turn off the electricity so that none of the other guys would get shocked.  We were waiting for the ambulance and we waited for about 20 minutes and we could smell that his skin was burnt.  We picked him up, placed him on the back of the truck and tried to get him as close to the hospital as possible so that he could get treatment.”

Mr. Griffith said his workmate sustained a burn from one palm to the other and there were burns at the bottom of one of his feet.  He explained that this suggested that the latter was the entry point from the faulty wire to the grounded part of the pole.

He added: “The pole was also grounded so he had two paths of electricity that passed across his chest and then from his hand down to his leg.  We simulated the incident and we agreed that about 2,000 volts passed for a relatively short space of time.  What probably saved him, he dropped limp so one of his hands came off the live wire, which broke the circuit.”

Although Mr. Griffith received an electrical shock from the wire that he was attempting to remove from the back of the truck, the Power Quality Analyst said he did not sustain any long-term effects.  However, his mental state took a battering.

“I saw his limp body on the pole for a number of years after because we thought that he was dead but the other mental aspect was smelling my colleague’s burnt skin and that is something that I would never forget. Yes, we had counselling and we had a day or two off from work just to get our thoughts together because that day about three of us got shocked,” he recollected.

Since the incident, Mr. Griffith and his workmates are more aware of the dangers associated with working around live equipment that is not grounded.  It has also improved their grounding techniques, especially when working around high voltage equipment. 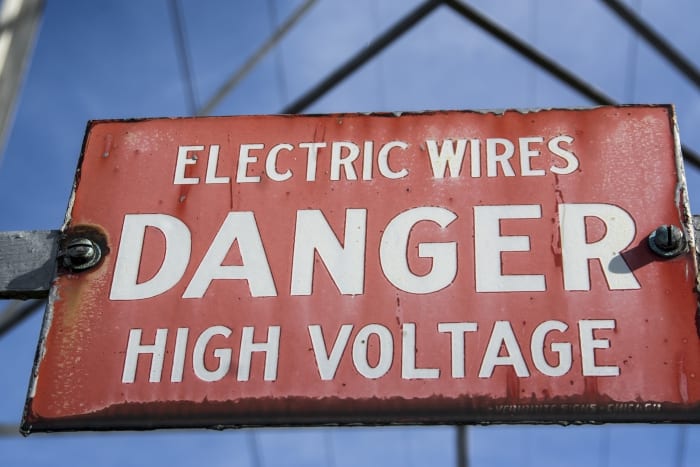 Another positive from the incident was the “birth” of the BL&P’s Health and Safety Policy, which he described as “pretty complex” and one which has evolved since 1995.

“One of the critical aspects of health and safety is ensuring that all linesmen have a tail board so that we know what we have to do and how we can carry it out safely. It also involves a job hazard analysis to see what challenges we would meet on the job, be it electrical or environmental, which can pose challenges to workmen or the vehicle.

“That morning was like any other normal morning. We got our work instructions from the supervisor and we went on the job.  We were not aware that the equipment that was connected to the power lines was faulty. On reflection, we didn’t inspect the equipment as we should have but there is a procedure now to ensure that all checks are taken first before we start to work,” he explained.

Mr. Griffith said his colleague had a lengthy recuperation period but sadly, he was never the same again. “He got transferred to another section. He lost part of a finger and while he healed physically, he was still experiencing mental trauma from the incident.

“Before the incident, he was always keen to get involved but clearly this exposure to high voltage changed him tremendously. He could no longer handle working around power lines.  I think the management of the company understood it and transferred him to another section where he would not be exposed to hazards,” he noted.

As for Mr. Griffith, his decision to stay in his present role was summed up this way: “I am not one to give up. I face a lot of challenges and I believe that things like this make me stronger. A lot of my time is spent trying to educate persons about experiences that I had so that they would not have to experience any serious challenges.”