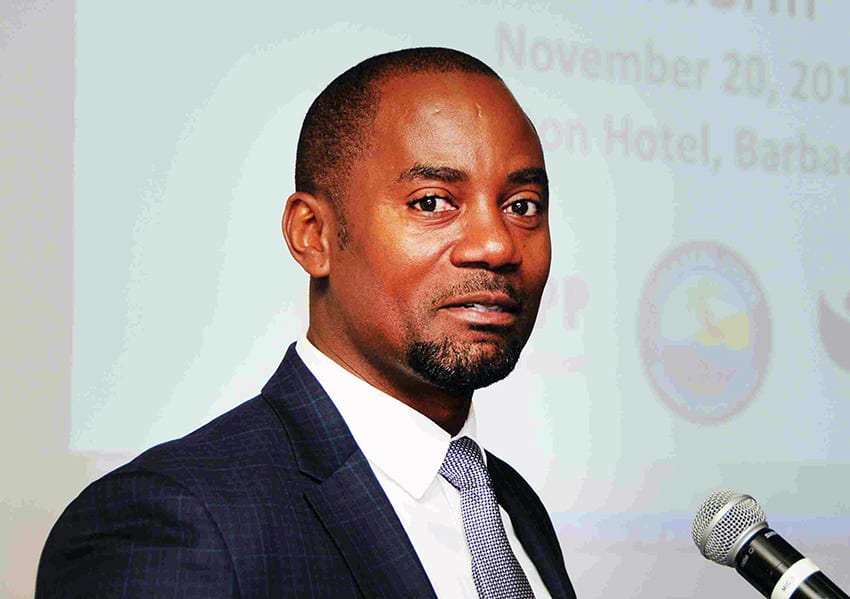 The April 1 deadline for the importation, wholesale and retail of petro-based plastics remains in place, and Government will be closely monitoring the prices being charged for alternative products.

Minister of Maritime Affairs and the Blue Economy, Kirk Humphrey, made this clear as he addressed a media sensitization workshop at the Ministry recently.

However, he expressed concern for vendors who purchased petro-based single-use plastics and styrofoam plates at discounted prices from large suppliers without fully understanding that they would be unable to use them after April 1.

“Perhaps, we need to have a conversation around how do we accommodate them after April 1. We extended the moratorium on plastic bags for a whole year because I never wanted to affect local manufacturers and people who are on the street trying to make a dollar.

“Perhaps that is a conversation that we are going to have to see how best we can accommodate them – can we find a way through the other agencies of government to help them deal with the loss, or do we give them a little more time; just that very small group,” the Minister stated.

However, Mr. Humphrey was firm in his resolve that the importation, wholesale and retail of petro-based single-use products and styrofoam from April 1 would not be allowed, unless he said differently.

He acknowledged that the law did not speak to people who had styrofoam and single-use plastics in their personal possession, but urged persons to recognize the purpose behind what government was doing and join in the effort.

Mr. Humphrey also told members of the media that government met with wholesalers and retailers from the beginning and had even made adjustments to allow them to get rid of existing stock.

He added that most large scale wholesalers were fully aware of government’s position on the matter, and had already started importing alternative products.

“The fact is that Barbadians are not going to stop using cups, plates and bowls; they just will not be using the petro-based ones.  So, there will still be a market for all the things that they import; it will just be a different quality product,” he said.