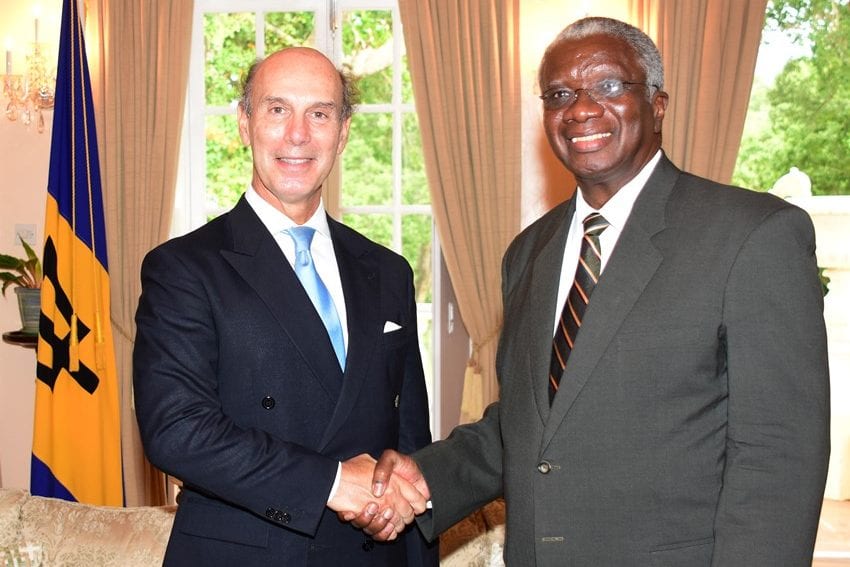 Prime Minister Freundel Stuart has identified renewable energy, tourism and culture as possible areas of collaboration between Barbados and Spain.

Explaining that renewable energy was very important to Barbados, the Prime Minister pointed out that the island was in the process of creating a green economy, which would require Government to invest more heavily in renewables.

On the point of tourism, he said there was greater scope for people-to-people contact and he would like to see an increase in Spaniards visiting these shores. He also suggested that Barbados’ tourism infrastructure could benefit from “Spanish input”, indicating that this could boost arrivals.

Mr. Stuart stated that Barbados was trying to develop its cultural industries and expressed the view that a Memorandum of Understanding with Spain could be developed in this area.

Barbados and Spain established diplomatic relations 37 years ago, and the Prime Minister noted that while a Double Taxation Agreement was in place, the time had come to improve the relationship.

Ambassador Carbajosa said he was ready to undertake any necessary process to push bilateral relations. He agreed that Spain could assist in the areas of renewable energy, cultural exchanges and tourism, disclosing that about 75 million tourists visited his country last year.