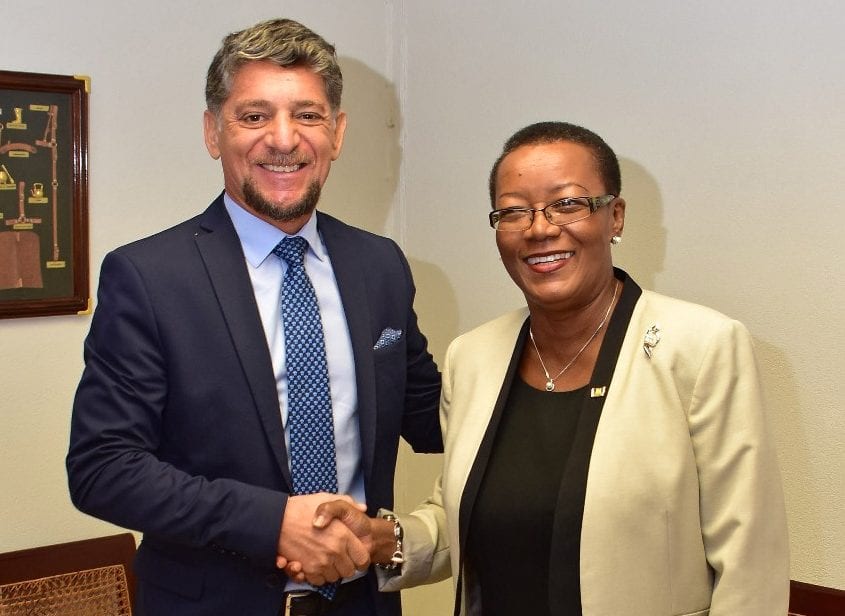 Argentina’s Ambassador to Barbados, Gustavo Pandiani, sees the upcoming technical seminar, to be hosted here next month, as the spring board to deepen the relationship between the two countries.

He expressed optimism of enhanced relations during a courtesy call with Minister of Foreign Affairs and Foreign Trade, Senator Maxine McClean, at the Ministry recently.

The Ambassador said the seminar, which is expected to attract participants from nine countries, will focus on three broad areas: agriculture, Spanish as a second language and small business development.

He gave the undertaking that resource personnel from Argentina would work with Barbadians in the areas identified to get the necessary programmes “up and running quickly”.

“The seminar is an important gesture to advance our cooperation agreement.  The preparations to host the seminar are well advanced on our side and we will demonstrate our willingness to work with Barbados during the upcoming meeting,” Ambassador Pandiani assured.

Meanwhile, Senator McClean said the seminar offers the opportunity for technocrats in the areas of small business, agriculture and academia, to “put those areas on the table that are critical to Barbados”.

The two officials also discussed the hosting of a cultural event at the Frank Collymore Hall; the resumption of talks on the opening of an Embassy in Argentina; and the proposal for Barbados to participate in a film festival to be held later this year in Argentina.