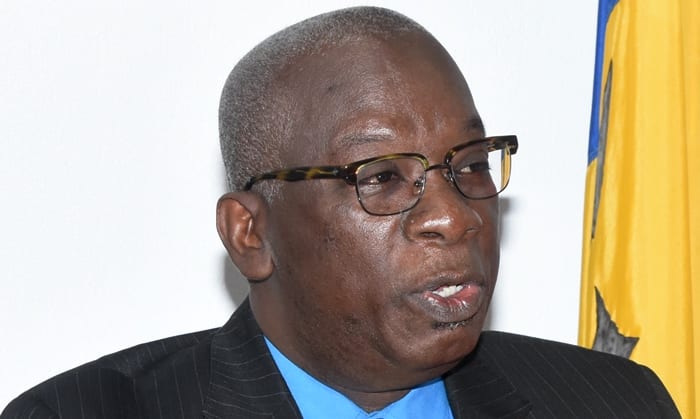 Government is pleased with the establishment of the American University of Barbados (AUB), School of Medicine, which has been operating here since September 2011.

This was emphasised yesterday by Minister of Education, Science, Technology and Innovation, Ronald Jones during a press conference at the AUB’s new headquarters at the former site of the Barbados External Telecommunications, Wildey, St. Michael.

Acknowledging the commitment on the part of the AUB to transform the institution into a “world class” medical university, Minister Jones expressed pleasure at the fact that the first cohort would soon be graduating with several Barbadians among them.

Stating that Government remained committed to the institution, he noted that AUB’s programmes were highly relevant, intensive, purpose-directed and suited to the high quality students there.

While explaining that AUB was not an offshore facility, the Education Minister said: “This is on land albeit the resources being used are the resources of external partners of Barbados, persons from India who have established this school here.”

Furthermore, he pointed out that AUB was representative of Barbados’ thrust towards internationalisation. He noted that the process of tertiary education as an economic sector would have started with the AUB as a catalyst.

He said: “We have gone ahead on what we call a deliberate course to assist the economy via first, the American University of Barbados, School of Medicine, and there are three other medical schools in Barbados…that will all be opened by September of this year.

“So we are extremely proud of this initial work, this initial exercise, this initial partnership, this initial support to our notion of internationalisation of tertiary education.  This university garners students from across many spaces and there will be greater diversity as the institution becomes more known.”

Urging more Caribbean students to take advantage of the “highly, competitive institution”, he declared that Barbadian students would continue to be part of the AUB.

The Education Minister said Cabinet had taken this decision because there was the view that “we cannot have established in the country institutions that Barbadians are barred from studying at”.

The AUB graduate degrees are recognised worldwide and graduates can practise all over the world after taking the required examination of the country of their choice. Admissions take place three times a year namely January, May and September.

Though students have the option of pursuing their theoretical learning here, their clinical rotations can be undertaken in the United States of America, Malta, the Caribbean islands, The Philippines and India.