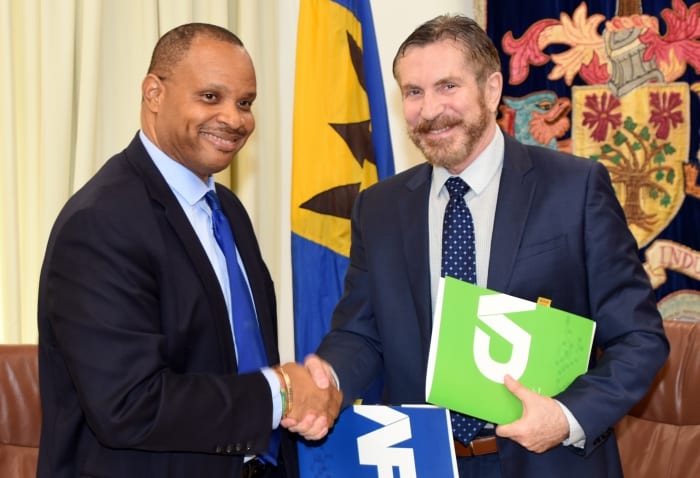 This island’s Minister of Finance, Christopher Sinckler, believes there must be a “balanced approach” to governments granting tax concessions to investors.

Mr. Sinckler said that while officials should never “give away too much” in concessions, they should also never push themselves out of the market by not offering the necessary opportunities to investors because this would make them look elsewhere.

He stated: “Many people often look at how much money is ceded in terms of revenue when it comes to tax concessions. But not many people are doing the analysis of how much is gained in terms of the level of financial investment, the economic spin-off – jobs; and the multiplier effects from having substantial investments in countries such as ours.

“We have to come to more of a middle of the road approach to this matter. You don’t want to be giving away everything…. you have in the country just to attract an investor. But you have to be smart enough to be able to assess the market, see what is going on, and look to see where the tax concessions granted … can be effective in attracting that level of investment….”

The Minister’s comments came today in response to a question from the media during a signing ceremony for a loan from the Latin American Development Bank for a Tax Administration Infrastructure Reform Programme.

Mr. Sinckler said Barbados had gained tremendously from offering concessions, and highlighted Royal Westmoreland and Sandals as two examples. He pointed out that there was “an explosion of investment” on the island’s west coast, following the new investment concession regime given to Royal Westmoreland.

With regards to Sandals, he noted that the owners had intended to construct a hotel in the north, but ended up investing over $200 million in a property on the south coast. “They bought land around it with the intention of extending it and are now finalising the construction of another hotel…which is a substantial investment,” he surmised.

Mr. Sinckler stressed that Sandals was still keen on constructing a property in the north, and that preparations were being made to begin construction next year.