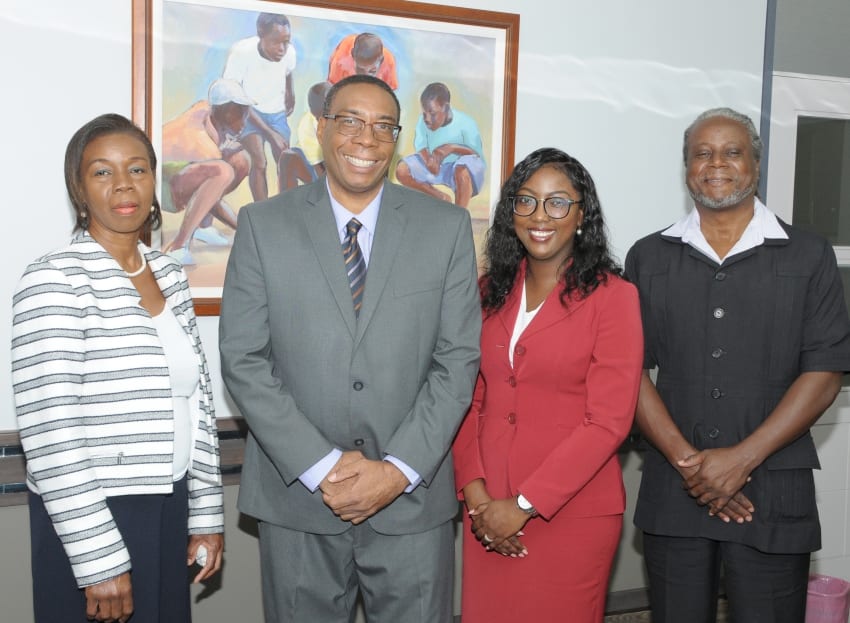 Barbadian Chereda Grannum has been announced as one of the Global 100 Most Influential People of African Descent under 40.

Ms. Grannum, who is employed as a Project Officer at the Commission for Pan-African Affairs, Ministry of Creative Economy, Culture and Sports, has been recognised for her outstanding contribution to the objectives of the United Nations International Decade for People of African Descent.

Minister John King congratulated Ms. Grannum on behalf of the Government and people of Barbados.

“Ms. Grannum’s work continues to be an invaluable contribution to the Commission for Pan-African Affairs’ mandate to empower Afro-Barbadians and to strengthen our institutions and positively enhance national life by building relationships, exchanges and interactions with the nation’s population groups and institutions of the continent of Africa and the wider African Diaspora.

“Ms. Grannum was the first Barbadian to earn the designation of United Nations Fellow for the International Decade for People of African Descent (IDPAD) in 2016 and she is now the first Barbadian to be included on the Most Influential People of African Descent (MIPAD) Global 100 Under 40 – Politics and Governance list. This is a remarkable achievement and as Barbadians, we are proud of her and applaud her success and recognition.”

The MIPAD 100 is a global initiative which supports the United Nations’ IDPAD. MIPAD 100 identifies high achievers of African descent in public and private sectors from all around the world as a progressive network of relevant actors to join together in the spirit of recognition, justice and development.

Ms. Grannum will travel to New York from September 28 to October 3 where she will participate in the MIPAD’s Class of 2018 Recognition Week activities. The honourees will join other specially invited guests and dignitaries from throughout Africa and the Diaspora at a recognition dinner and awards ceremony hosted by CEO and founder of MIPAD 100, Kamil Olufowobi at the ONE UN Millennium Hilton Hotel in New York City.

The Government of Barbados formally launched IDPAD in February 2015, and supports the work of the MIPAD 100 initiative in recognition of the contributions of individuals at the forefront of the global efforts to achieve the objectives of the Decade.