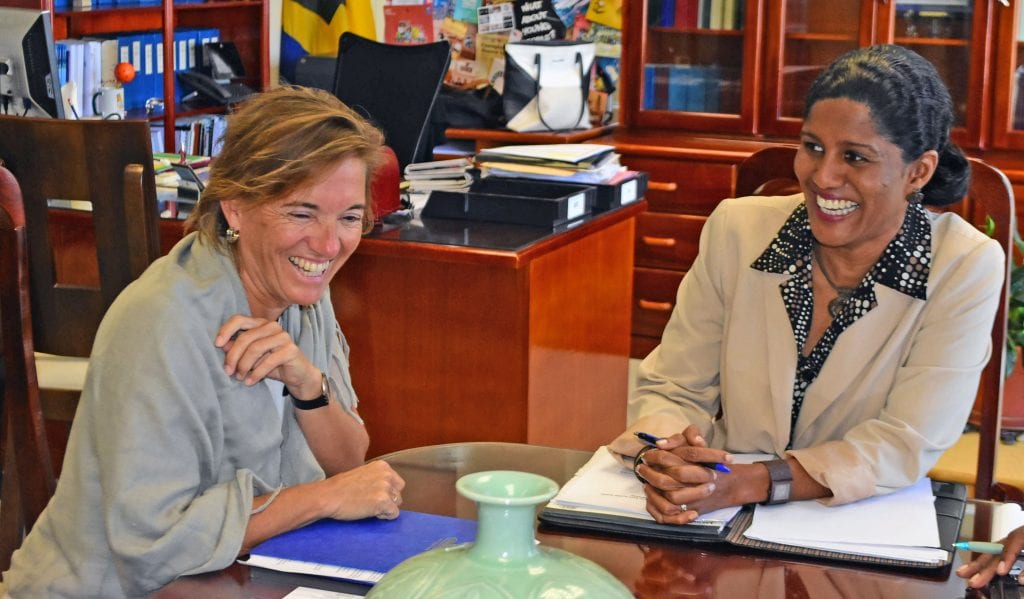 Barbadians are starting to embrace technical and vocational training as a viable career path for themselves and their children, as they would the traditional academic pursuits.

While noting that technical and vocational training had traditionally been seen as a recourse for students who struggled in school, Senator Byer Suckoo said that her Ministry was now working, along with others, to change this mindset, through a number of initiatives that promoted demand-driven education, in particular under the Human Resource Development Strategy.

“You don’t have to be a doctor to make it in the world; we need plumbers, etc.…, so we have been trying to have that conversation with the guidance counsellors, teachers, the students and their parents too…but it’s a process,” she explained.

Adding that this change in perspective would also play a major role as Barbados transitions to a green economy, Dr. Byer Suckoo stressed that agriculture, for example, would no longer be a mere “fork and hoe” vocation, but could be a well-paying profession.

“We are seeing young people now getting involved in agriculture because we’re showing them that agriculture is not just taking up a fork and hoe… but that the world of agriculture, with its new techniques, agri-processing, and the money you can earn in agriculture, is different now,” she stated.

The Minister of Labour and High Commissioner Legault agreed that one key area in the process of repositioning technical and vocational education and training would be identifying which skills the Barbadian labour market required.

To facilitate this, Dr. Byer Suckoo disclosed, the Manpower Research and Statistical Unit of the Ministry of Labour, recently commenced the administration of its Skills for the Future Employer Survey.

She told the envoy that the survey, which focuses initially on the international business, financial services and manufacturing sectors, will seek to gather information on Barbados’ skills gaps and requirements, as perceived by various employers.

Challenges and improvements to the Canadian Farm Labour Programme were also among the topics discussed at the meeting.