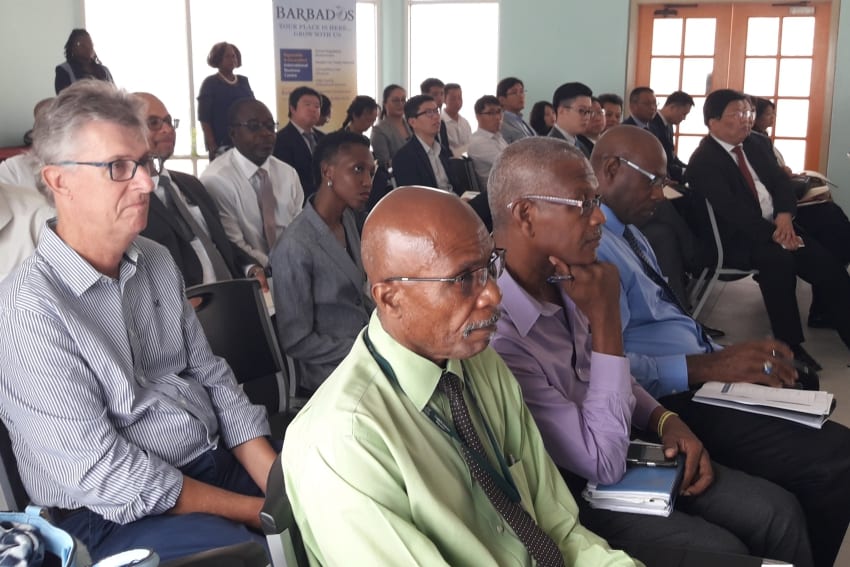 Some of the delegates and officials at yesterday’s seminar and networking session at the Bagnall’s Point Gallery, Pelican Centre. (GP)

Barbados’ presence in China has augured well for the island.

This was emphasised yesterday by Director of Export at the Barbados Investment and Development Corporation (BIDC), Marina Taitt as she addressed a seminar and networking session, planned by her organisation for a visiting delegation of Chinese Government and business officials, at the Bagnall’s Point Gallery, Pelican Centre, Bridgetown.

Acknowledging that since May 30, 1977, Barbados and the People’s Republic of China had maintained healthy, bilateral relations characterised by frequent, high-level visits and deepened by mutual understanding and friendship, Ms. Taitt said the seminar represented another plank in sustaining relations with China.

The BIDC official stressed that since 2010, the island’s commercial presence in China through its diplomatic mission in Beijing, had been making a substantial difference in better positioning and connecting the two states.

“The mission has not only registered a growing number of persons who are in China interested in growing business with Barbados but has also seen increasing interest among Barbadians keen on making contact with China.

“We at the BIDC have also had several manufacturing and service companies approach us with queries on trading with China, in particular, they are interested in exporting a range of goods including food, beverages and craft and partnering with services providers in information and communication technology and renewable energy,” said the BIDC official.

It was also noted that having gained a better understanding of China’s commercial and economic development, the BIDC was eager to explore the opportunities for increased cooperation. “The ‘China Belt and Road’ initiative is set to reinvigorate a seamless flow of capital, goods and service between Asia and the rest of the world by promoting further market integration and forging new ties among communities,” Ms. Taitt stressed.

Pointing out that this initiative also offered global businesses from multinationals to small and medium-sized enterprises unparalleled opportunities to tap into new markets along ‘The Belt and Road’, she said it would help them gain deeper access to markets in the Chinese mainland, Asia, the Middle East as well as Central and Eastern Europe. 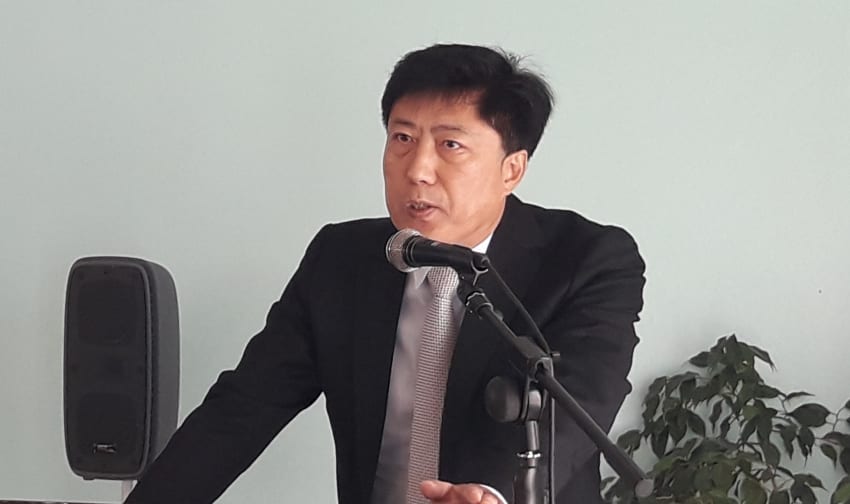 The Chinese delegation heard that the BIDC, as the national agency designated to contribute to the diversification and growth of the Barbadian economy through new investment, increased exports and industrial development, supported Barbados’ commitment to developing an even closer working relationship with China by promoting new areas of cooperation; partnership and collaboration.

They were also reminded that the BIDC was currently engaging the China Council for the Promotion of International Trade (CCPIT), in talks on areas of technical cooperation which could be explored between the two agencies, having signed a Memorandum of Understanding in 2016.

Among the areas listed for consideration were: product development and capacity building in the craft and agro-processing sectors, sectoral and market research; and training. She further pointed out that the BIDC was keen on lending its support for trade missions, study tours, business-to-business engagement and business matchmaking to the private sector.

Meanwhile, Secretary General of the China Chamber of International Commerce, Yu Jianlong, while commending the large number of delegates present at the meeting, said that in addition to those present, there were also many Chinese business people “already on the ground” operating in Barbados.

Noting that China was the second largest economy in the world, he said Barbados, though relatively small, shared a lot in common with his country and there were many opportunities for collaboration. Alluding to the CCPIT’s potential for supporting business persons from China, Mr. Yu stressed, “This kind of multi and bilateral business mechanism would enable us to deepen our understanding and continue our cooperation in the future.”