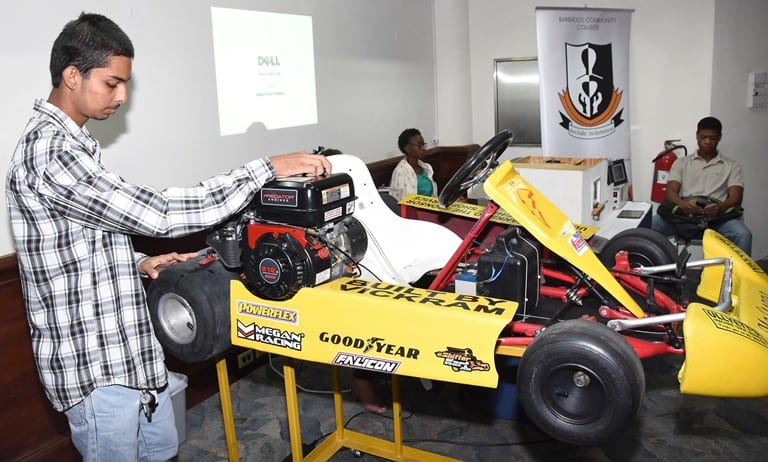 Barbadians at home and in the Diaspora have been urged to continue supporting local youth as they take steps to develop themselves and build careers in a number of innovative areas.

Senior Foreign Service Officer in the Ministry of Foreign Affairs and Foreign Trade, Natalie Cox, made this appeal recently at the closing ceremony of the Barbados Network Consultation (BNC) at the Lloyd Erskine Sandiford Centre.

“Our young people are not lacking in aptitude, ability or creativity; they are not lacking in the wherewithal to achieve. What a lot of them are lacking is opportunity and that rests with all of us. It is said that it takes a village to raise a child and none of us has reached where we are without the support and assistance, perspicacity and commitment of [others],” she stated.

According to her, offering such support should be seen as an opportunity to make a contribution to the development of the youth in order for this country to have a sustainable future. “We are deficient if we do not make an investment in our youth,” she stressed.

Ms. Cox added that over the three days of the conference, she was pleased with the number of young persons who made the commitment to attend the sessions organised on their behalf. She also thanked the presenters from the diaspora who gave young attendees tips on how to chart their career path and develop a successful business.

Among the presenters were Professor Cardinal Warde, a professor of Electrical Engineering at the Massachusetts Institute of Technology; Dr. Kim Whitehall, Data Scientist at NASA’s Jet Propulsion Laboratory; and Monif Clarke, Designer and Co-Founder of Monif C Plus Sizes.