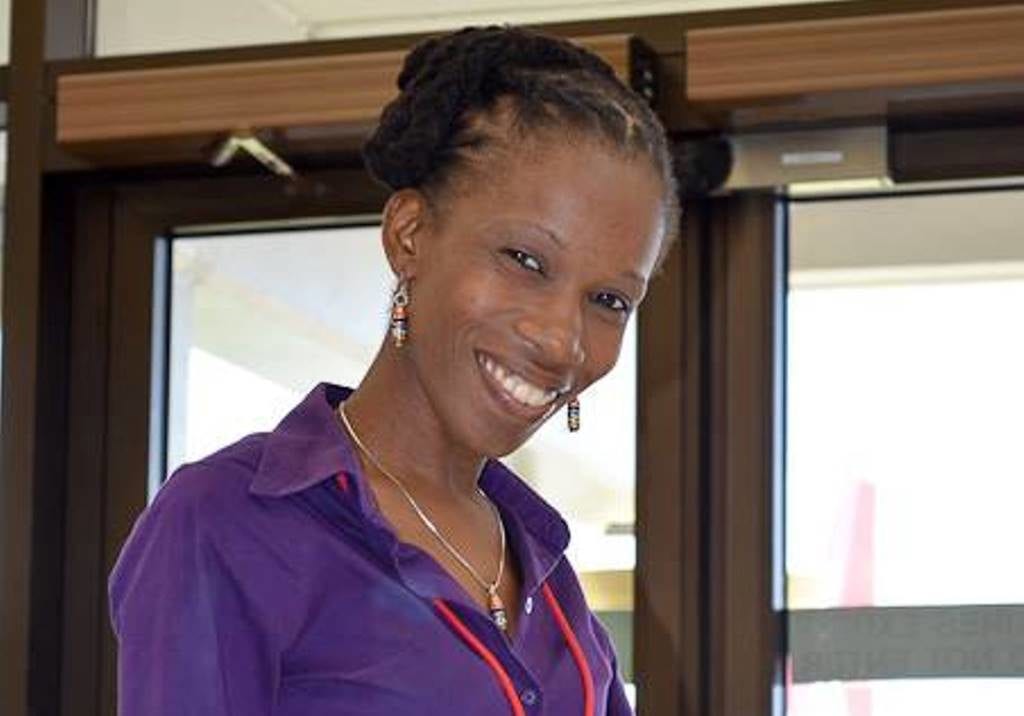 Residents of Barbados are being urged not to wait until they realise that “galvanise could fly”, or that their refrigerator could be blown away, before recognising the importance of preparing for hurricanes.

And, Hurricane Ivan survivor, Deanzer Roberts, is also urging them to dismiss the notion that “God is a Bajan”, and take all necessary precautions to prepare for the hurricane season.

A journalist by profession, Ms. Roberts is usually the one telling other peoples’ stories. However, it was her turn to relate her experience when she addressed students during the inaugural Schools’ Hurricane Symposium hosted by the Department of Emergency Management (DEM) at the Queen’s Park Steel Shed yesterday.

Ms. Roberts, who was living in Grenada when Hurricane Ivan struck on September 7, 2004, recalled that like Barbadians, Grenadians also believed God was a Grenadian.

“I was recovering from surgery after a very rough pregnancy and the delivery of a lovely baby girl on August 12 that year. Less than a month after, tragedy struck. I lost my daughter’s godmother; I lost my co-worker; I lost my home that my daughter’s father and I built; I lost my possessions, and almost lost my partner, and I was out in the wind,” she recounted.

She recalled that water was a scarce commodity, and one bottle bathed and fed a number of children. “We were at the mercy of God,” she said, adding her shelter at the time was in a basement.

When the 125 miles per hour winds had subsided, there was a trail of destruction in its wake totalling over US$900 million, and 90 per cent of the homes on the Spice Isle were destroyed.

“It was so bad that prisoners were seen roaming the streets and police passed them by because it made no sense picking them up because the 17th Century stone prison was destroyed,” she told her avid listeners.

Ms. Roberts said the Prime Minister’s residence and office were damaged, forcing him to work from a Royal Navy Vessel, as well as all of the island’s police stations. She added that with no electricity or running water, people started looting, and a state of emergency was put into effect that required residents to be in doors by 6:00 p.m.

“What went wrong?” she asked rhetorically. “I saw a people that believed that God was a Grenadian…,” she lamented, noting it was a concept that prevailed throughout the Caribbean, including Barbados.

However, with the assistance of countries throughout the region which responded with supplies or manpower to aid the cleanup efforts, the country was able to rebuild.

In addition, Ms. Roberts noted that Grenadians were a resilient people, and adopted the “back to basics” principle; they assisted each other in rebuilding, while making changes to protect themselves in the future.

“Many rebuilt their homes with different types of roofs. Some even used concrete roofs, some moved away from low-lying areas to avoid flooding and after seeing many houses [being] washed away, they simply relocated. In almost every back yard there is a [water] drum, and they continue to do awareness campaigns as to the dangers and the do’s and don’ts, and why you must be prepared,” the survivor stated.

That is why her message to residents of Barbados is: “It is time to prepare for what can happen. It makes no sense saying God is a Barbadian. Safeguard yourselves, your families and your properties, and in return, that will safeguard the country.” A failure to do so, she warned, could result in Barbados finding itself in a worse situation than the people of Grenada.

She lamented that with Crop Over 2016 moving into high gear, many may not have given any thought to preparing for the hurricane season. “How many people are preparing for, and have bought their costumes for Kadooment Day and Foreday Morning, and do not have as much as a candle at home, a lantern or a lamp?” she wondered.

She further opined that some people have not even enquired about hurricane shelters, invested monies in drums or buckets for running water, dry goods or extra baby supplies.

Ms. Roberts pleaded with residents to follow the hurricane preparedness tips given by the Department of Emergency Management and the Caribbean Disaster Emergency Management Agency, and to safeguard their future against any storms that make their way across the Atlantic.