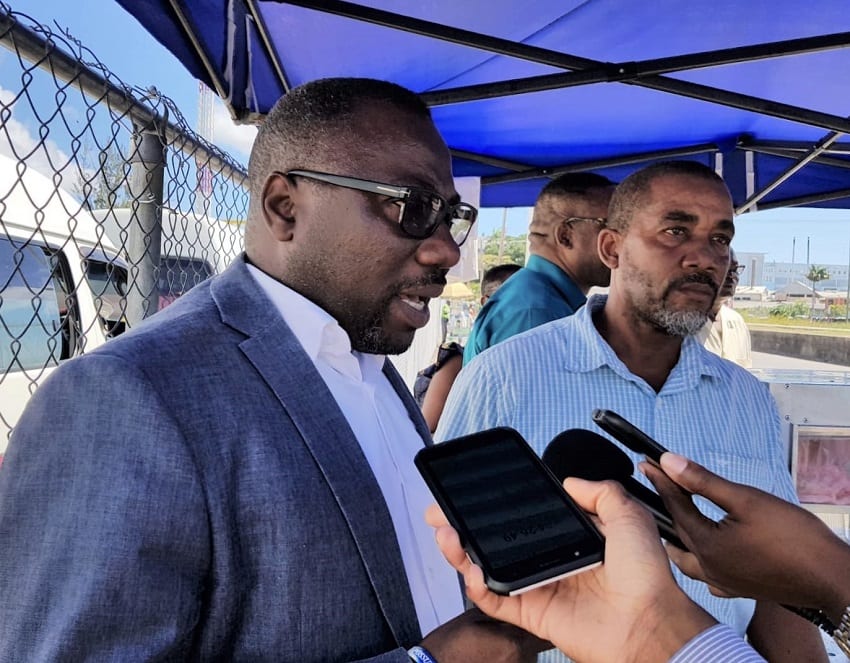 Minister of Small Business, Entrepreneurship and Commerce, Dwight Sutherland, is urging all persons who receive seed capital from the Trust Loan Fund Unit to repay those loans.

He was speaking on Tuesday in Bridgetown, following a visit to Liz Catering Beverages, a business operated by David Harewood at the River Bus Terminal.

Acknowledging that Mr. Harewood had successfully repaid his loan to the Unit, in two months, the Minister said: “I am urging all those persons who access the seed capital to indeed [know] we trust you and we want you to trust yourself.  There are some people who are in the minority that we are having challenges with in terms of finding them, but that is in the minority. But I know that 99 per cent of the persons who would have accessed the loan…would have benefited from the loan in terms of enhancing their business.

“We want you to do the right thing which is to repay the loan. There may be challenging times and some months you may miss a payment; at least call the Trust Loan manager/officer or whoever and say to them…we cannot pay this month, but I can only pay like a small portion of what I am supposed to pay.  We will work with you. But do not come and take the money with the view that you are not going to repay.  We have ways and means of recovering our money, and…we’ll put the necessary systems in place to ensure that we recover the money.”

Clearing up a misconception that everyone seeking $5,000 would receive this amount, Mr. Sutherland stressed that the trust loan was up to $5,000. Stating that he didn’t want people to believe they would get $5000 because they requested it.

He said if the Unit analysed that the need was only for $3,000, this amount would be disbursed.

“It is a need and not a want because we have other persons there who really would like to access the funding, and it is up to $5,000 and not you are coming for $5,000, if you need $2,500. We will assess your need and we will give you the funds accordingly,” the Commerce Minister said. 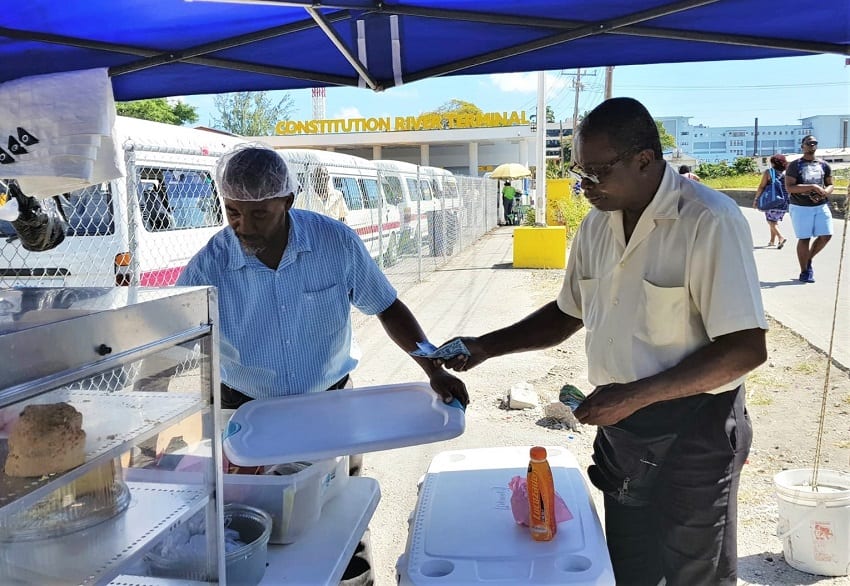 A customer making a purchase from Liz Catering Beverages in the River Terminal. (A.Reid/BGIS)

Meanwhile, Mr. Harewood, who said he had operated in the ‘van stand’ since 2004, noted that he received the loan in November 2018, and had carved out a niche selling juices, which contained no corn syrup as well as pastries that were in demand.

“I did that and was rather successful…. The product is Tropical Delite out of Canada, and it is corn syrup free…. I just provided samples of the products to the customers and it took off from there,” he stated.

Asked if he would encourage others to access the trust loan, he said “Yes, because it is easily accessible. The Government made it possible for small people to get it and expand themselves instead of sitting down. I love it.  I would advise any youngster who really serious, you’ve got to be serious about what you are doing though, to come on board and get little help.”

Mr. Harewood, who should be receiving another loan from the Unit, added that he envisaged himself in the next few years as an importer with plans “to open a little warehouse” handling products “way different” from what currently exists.