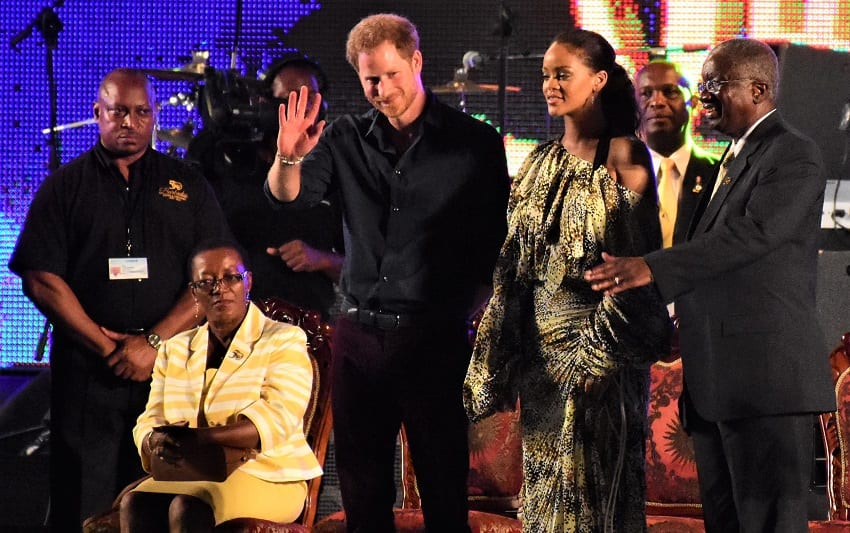 His Royal Highness (HRH) Prince Henry of Wales has congratulated Barbados on reaching its 50th Anniversary of Independence, describing it as “a remarkable nation” with “a remarkable future ahead”.

Prince Henry made the comments on Wednesday night at the Golden Anniversary Spectacular Mega Concert at Kensington Oval. He was representing his grandmother, Her Majesty Queen Elizabeth II, who visited Barbados on the eve of Independence in 1966.

He said Barbados’ independence was a declaration of confidence in the future and noted that 50 years on, the country was rightfully proud of its vibrant culture, its sporting prowess, and its natural beauty, which attract visitors from all over the world.

“Independent Barbados is to be warmly congratulated for having been a model international citizen for 50 years, an unfailing champion of democracy and the rule of law. You have been a shining example of the values which unite our Commonwealth family to which The Queen attaches special importance – integrity, kindness, selflessness and service,” he stated.

Prince Henry pointed out that when such a milestone was celebrated, it was really the confidence in the future that was being celebrated. Therefore, he told young Barbadians that they should be proud to be citizens of this country and of the nation their parents and grandparents built.

“Now it is your time to honour the work of the generations that have come before you. It is up to you to write the next 50 years of this country’s story…. When Barbados marks 100 years of independence, it will be your contribution that will be judged,” he remarked.

HRH said other young people around the world, like those here, faced challenges. “You look into the future and wonder how technology will change your lives. You wonder how you will obtain the skills and resources to compete in a rapidly changing world. And I know that you worry about the impact climate change will have on an island nation like yours.

“What I say to you is this: the solutions to these challenges will not come from anyone else. The answers must come from you. Good things happen to good people; believe you can make change; and if you lead by example, others will follow,” he suggested.

Prince Henry proffered the view that many young Barbadians were already making a big impact and opined that anyone looking for young role models would find them in the Caribbean.

During his brief address, Prince Henry announced that Barbadian Jamilla Sealy was one of The Queen’s Young Leaders for 2017. He disclosed that she had been selected as one of 60 exceptional young people from across the Commonwealth who were making an extraordinary impact in the lives of others.

He further disclosed that she would travel to London next year to build relationships with her peers from around the world and be honoured by Her Majesty at Buckingham Palace. “I know that we will be hearing a lot more about her in the years to come,” he confidently stated.

Ms. Sealy is passionate about the environment. She teaches environmental science to children, and helps to organise communities to keep beaches clean and to understand the threats posed by climate change. She has represented Barbados at United Nations meetings and is now creating an online map to identify illegal dumpsites.