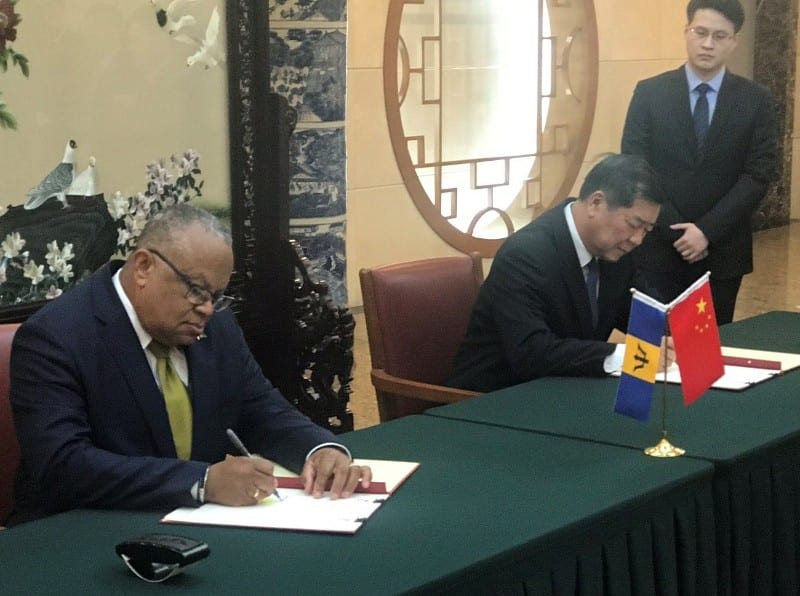 Barbados and the People’s Republic of China agreed on Thursday to expand and deepen relations, as the two countries signed a memorandum of understanding on the implementation of the Belt and Road Initiative.

Signing on behalf of Barbados, Minister of Foreign Affairs and Foreign Trade, Senator Dr. Jerome Walcott, said that the implementation of this memorandum would enable Barbados to partner with China to launch transformational infrastructure projects, including the area of transportation.

The Belt and Road Initiative was first proposed by China in 2013, and is designed to facilitate physical, economic, digital and social connections between China and participating countries.

A number of other CARICOM countries have already signed similar memoranda, including Guyana, Trinidad and Tobago and Suriname.