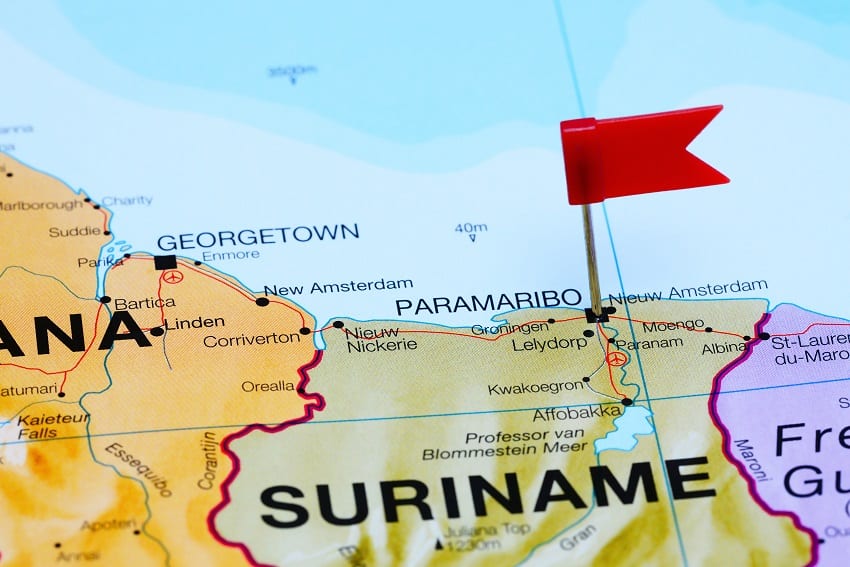 Barbados and Suriname have signed an Economic Technical Cooperation Agreement.

Prime Minister Mia Amor Mottley made this disclosure last evening shortly after signing a US $100 million loan with the Inter-American Development Bank’s (IDB) President, Luis Alberto Moreno, to finance the Macroeconomic Emergency Programme to protect economic and social progress. The ceremony was held at Government Headquarters.

Ms. Mottley said the agreement was signed last week when she was on a three-day official visit to Suriname. She added that there would be advertisements for expressions of interest soon.

She told those present that the Surinamese Government was prepared to give Barbadians significant tracts of land to farm. She noted that during her tours she saw many acres of pineapple and other fruits being grown.

“The truth is that the Caribbean shall and should never starve and should never be wanting for resources and commodities with Suriname and Guyana as part of the Caribbean Community. Our problem is that we need to make it happen,” she stated. Ms. Mottley pointed out that there were other opportunities available in Suriname and stressed that Barbadians must be exposed to all of them.

“Suriname exports over 38,000 tons of fish to the European Union but yet Barbados cannot get a single ton exported because we do not have the sanitary and phytosanitary measures and labs in place to allow our markets to be certified to be able to export to the European Union.

“It is nonsense because we have one of the most mature fishing industries in the southern Caribbean. And rather than seek to create from scratch, I have agreed that we will simply speak to CARICOM to certify the Caribbean Agricultural Health and Food Safety Agency [based in Suriname] as our national agency. Once we do that with the appropriate labs, it will save us significant sums of money,” she stated. 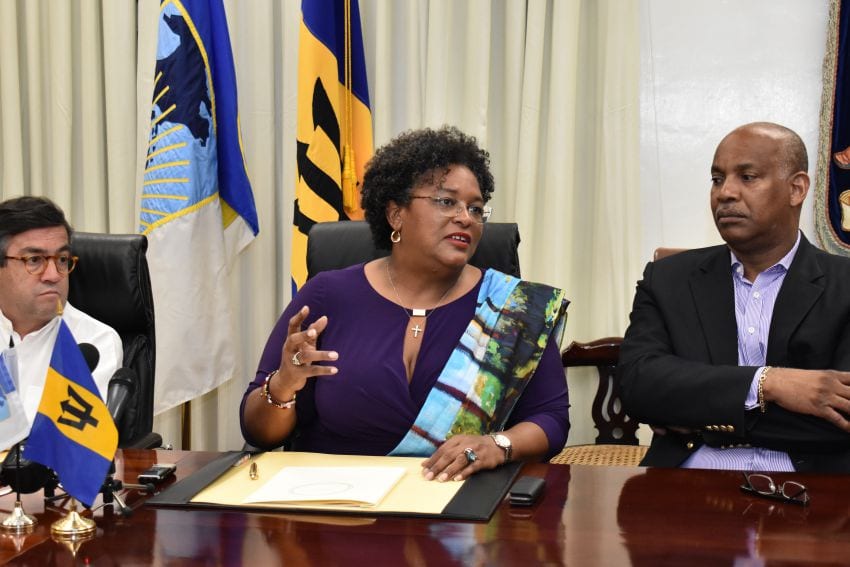 The Prime Minister noted that more than 10 years ago, a loan was received from the IDB to set up a similar agency.  She said the IDB signed the loan but nothing happened and the loan was cancelled a few years ago by the last Government.

“This is the kind of thing that should not be a feature of our development and if we are serious about accessing funds, we should not be cancelling loans,” she contended.

Ms. Mottley told Mr. Moreno that Barbados would have to again discuss with the IDB low incoming housing and the density of housing in areas such as The Pine, Wildey, Silver Hill and Gall Hill.

“[With regard to] the Housing Neighbourhood Project, which took six or seven years to negotiate, the Government of Barbados regrettably sent back $48 million of the $60 million unused and cancelled the rest of the loan. But we now find ourselves in urgent need of similar concessional funds again.

“Regrettably, the people who need that loan are still there and the density of housing in our public housing areas is such that it cannot continue.

It is causing social problems for families. They are not faceless families, they have names, they have feelings, they are sleeping in shifts and we need to be able to resolve these problems as a matter of urgency if we are going to stabilize the country and allow us to move to the next level,” Ms. Mottley insisted.