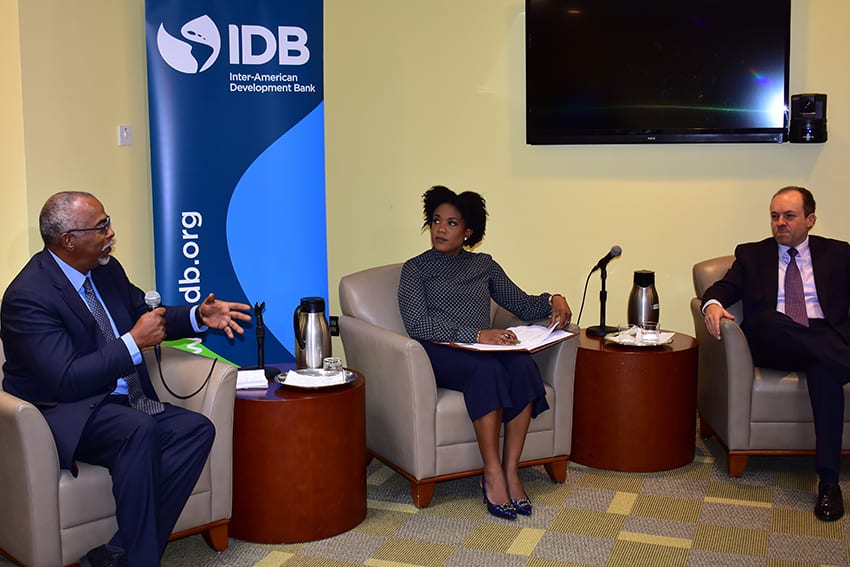 Minister in the Ministry of Economic Affairs and Investment, Marsha Caddle, has expressed confidence that Barbados can become a climate resilient nation, as well as be the first in our hemisphere to be fossil-fuel free.

Ms. Caddle’s comments came today as she delivered the keynote remarks at the Government of Barbados and Inter-American Development Bank’s (IDB) roundtable on: Resilience, Urban Rehabilitation and Sustainability – The Case of Bridgetown, at the IDB’s Headquarters.

The Minister identified five potential areas of assistance from the IDB in keeping with Government’s goals. She said she hoped to see a commitment by the IDB to access climate finance resources on behalf of Barbados, for a major climate resilience project before year-end.

“Possible projects in this area include supporting the early resumption of essential services, such as through the undergrounding of cables or enabling water to be delivered without a heavy reliance on the grid; upgrading our network of climate resilient shelters and shifting the reliance towards renewable energies so that we meet our target to be fossil fuel-free by 2030,” she stated.

She added that there was a need to identify potential opportunities for IDB Invest and Barbados private sectors to work together on climate resilience and clean energy investments.

“It is essential, for instance, that the flow of national income can resume quickly after a natural disaster and this will require our major economic sectors to have disaster resilience plans, and to have greater overall resiliency,” Ms. Caddle told her audience.

She noted that there needed to be a commitment to work towards accessing the IDB’s Contingent Credit Facility for Natural Disasters before the start of the next hurricane season.  In addition, she opined that there should be an assurance from the Bank to work with Barbados to explore options for reducing the cost of insurance for households and businesses. 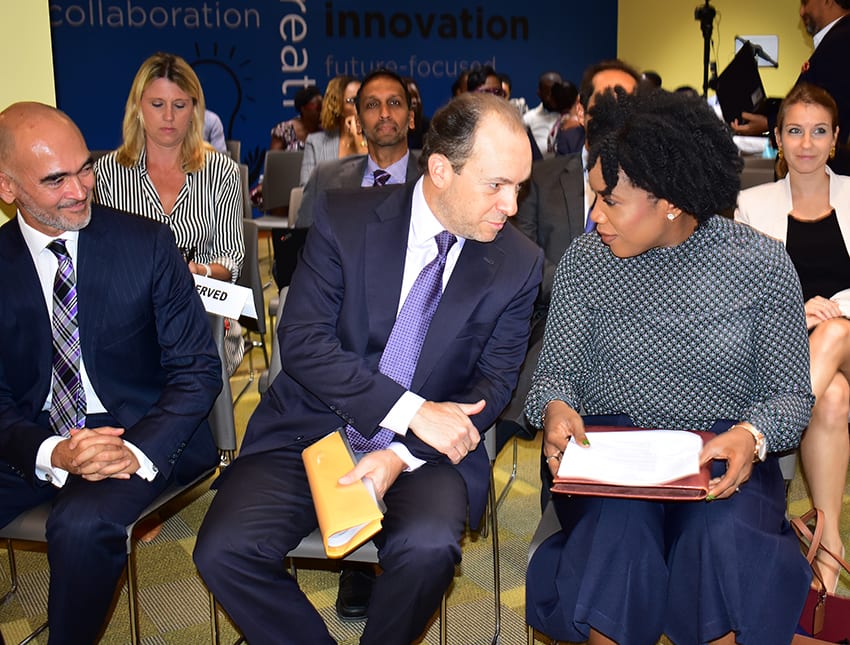 “The people who are on the frontlines of this climate fight are the ones who are least able to be able to finance their own resilience, and we as a Government have to make the commitment to supporting them in this effort,” she contended.

Ms. Caddle said it was imperative that Barbados prepare for a future of increasing and unprecedented climate disruption, and the risk of climate-related devastation.  “To do otherwise would be reckless and irresponsible,” she argued.

According to her, investments that individuals, businesses and Government needed to make to increase resilience and preparedness for the changes in climate could not be postponed.

Ms. Caddle noted that the cost of these investments was large, and urged those countries which contributed to climate change through their share of greenhouse gases in the atmosphere to support Barbados and the region.

“These investments will save lives and significantly reduce the human and economic costs of natural disaster and climate risks,” she pointed out.