Barbados Committed To The OAS 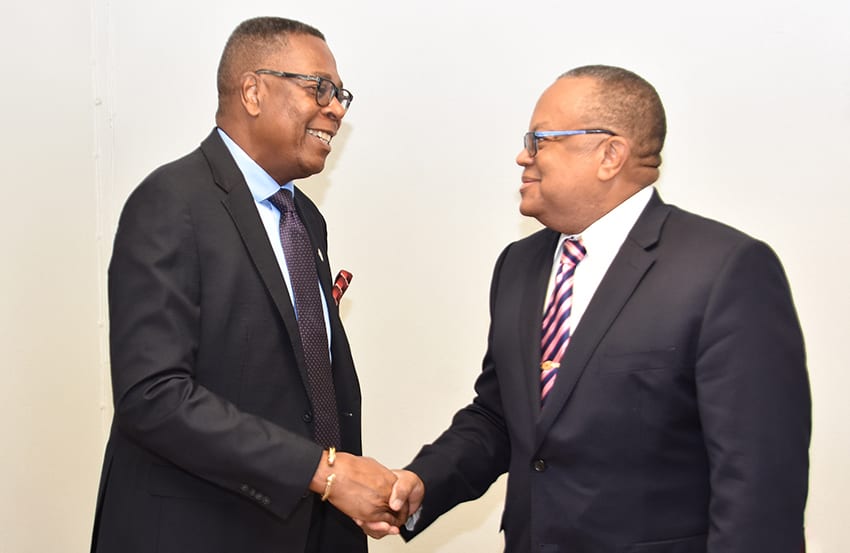 The Government of Barbados is committed to the Organization of American States (OAS) and is thankful for its invaluable work on the island.

Minister of Foreign Affairs and Foreign Trade, Senator Dr. Jerome Walcott, made this known to OAS Representative to Barbados, Francis McBarnett, during a recent courtesy call at the Ministry on Culloden Road, St. Michael.

Minister Walcott singled out the training provided by the Inter-American Drug Abuse Commission (CICAD) as a prime example, and noted that CICAD has made a “significant difference in the area of illegal drugs”.

He reiterated that Barbados appreciated the good work being done by the OAS, as well as the OAS National Office.  He further pointed to scholarship opportunities and current initiatives in culture, tourism, security and education.

Mr. McBarnett stated that Barbados has one of the most active offices in the Caribbean, and he looked forward to the strengthening of relations, especially since the OAS would soon be celebrating its 70th Anniversary.