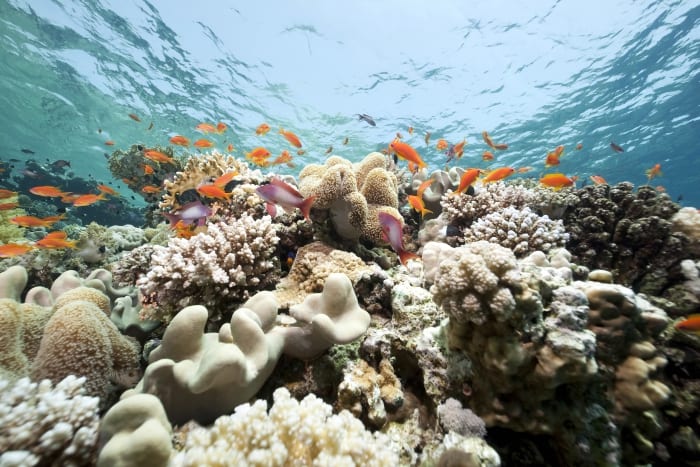 As Barbados continues to participate in celebrations to mark the International Year of the Reef 2018, it will host a symposium to mark World Oceans Day on Friday, June 8, in the Marigold Room at the Lloyd Erskine Sandiford Centre, Two Mile Hill, St. Michael, beginning at 9:00 a.m.

Under the theme: Barbados Coral Reef Symposium 2018, the event will seek to raise awareness of issues affecting reef health, and promote solutions for the restoration of coral reef ecosystems in Barbados.

The symposium is being hosted by the Coral Reef Restoration Alliance, and will see presentations such as Barbados – A Coral Paradise Under Threat in a Changing Climate by Director of the Coastal Zone Management Unit, Dr. Leo Brewster; and The Invasive Lionfish and its Impact on Barbados’ Coral Reefs, presented by Dr. Julian Walcott of CERMES.

During the symposium, Environmental Committee Chair of the Barbados Hotel and Tourism Association, Andre Miller, will also address the topic: Barbados a Coral Paradise: A Timeless Tourism Product, while Community Outreach, Research and Partnership Officer with the Inter-American Development Bank (IDB), Nikki Hassell and Technical Coordinator at the IDB, Tracy Phillips, will examine Public-private Partnerships for Coral Reef Restoration in Barbados.

However, she noted, those in the Caribbean were among the most at risk globally, though they were relied upon to maintain beaches and support nearshore fisheries and tourism.

Dr. Cox added that there were “considerable” declines in coral cover on offshore reefs since the 1980s. She noted that there was widespread coral bleaching in 1998, but that the temperature-induced bleaching in 2005 resulted in mortality rates of corals reaching as high as 26 per cent. “This was the most severe bleaching event ever recorded for Barbados,” Dr. Cox noted.

However, she noted that the symposium was expected to raise awareness of the corals and their importance; provide a platform for coral reef science; and provide a space for discussions on initiatives to restore coral reefs.