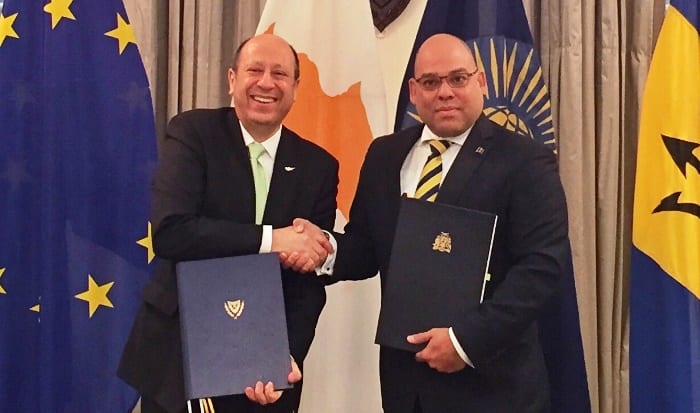 Barbados’ High Commissioner to Britain, Guy Hewitt; and High Commissioner of the Republic of Cyprus to Barbados, Euripides Evriviades, recently signed a Convention for the Avoidance of Double Taxation and the Prevention of Fiscal Evasion with Respect to Taxes on Income.

The Agreement will facilitate investment, trade and investment flows between the two countries, as well as foster closer social and cultural cooperation.

The High Commissioners agreed that Barbados and Cyprus could work towards more tangible outcomes from the tax treaty, and explore the possibility of closer cooperation.

The official signing ceremony took place at the High Commission for the Republic of Cyprus in London on May 3.