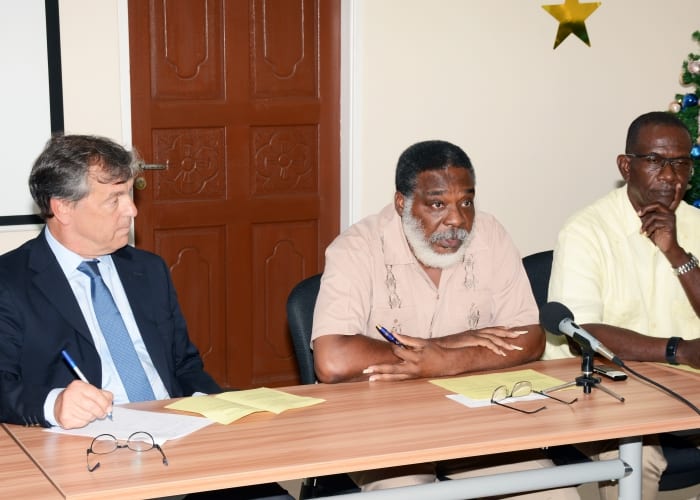 The Ministry of Agriculture, Food, Fisheries and Water Resource Management will soon roll out its Barbados Food Planting initiative, as part of efforts to encourage Barbadians who have access to land to plant more food crops.

Chief Agricultural Officer, Lennox Chandler, made the announcement this morning at the Ministry’s Graeme Hall offices, during the official handing over ceremony of farming equipment from the Government of Canada, under the Promotion of Regional Opportunities for Produce through Enterprises and Linkages (PROPEL) project.

According to him, this will help to ensure not only the island’s food security, but its food sovereignty. “Food sovereignty is merely the fact that people in a country must be able to be in control of what they eat, in terms of how it is grown, how it is produced, and what it is used to produce.

“We must, at any point in time, be able to feed ourselves from within the four corners of this island in the event that some catastrophic event occurs that prevents us from accessing food from the traditional sources,” Mr. Chandler stated.

Noting that larger countries are working towards a similar goal, Mr. Chandler said such an undertaking also speaks to better management of the environment and ecological system. He said we need to pay attention to these matters, given Barbados’ size and “fragile environment”.

It is against that background that the Chief Agricultural Officer praised the Canadian Government and expressed optimism that its assistance will help to improve small farming in Barbados.

“These pieces of equipment, I am certain, will be utilised in assisting small people in planting and cultivating their crops, so I am very grateful to PROPEL and the Canadian Government by extension, that they have consented to donate this equipment to us,” Mr. Chandler said.

The Ministry was presented with a Paperpot Transplanter, which is expected to make planting easier, since it speeds up the process tremendously.  It will allow farmers to transfer seedlings from pots into the ground in seven minutes, compared to hours if transplanting by hand. 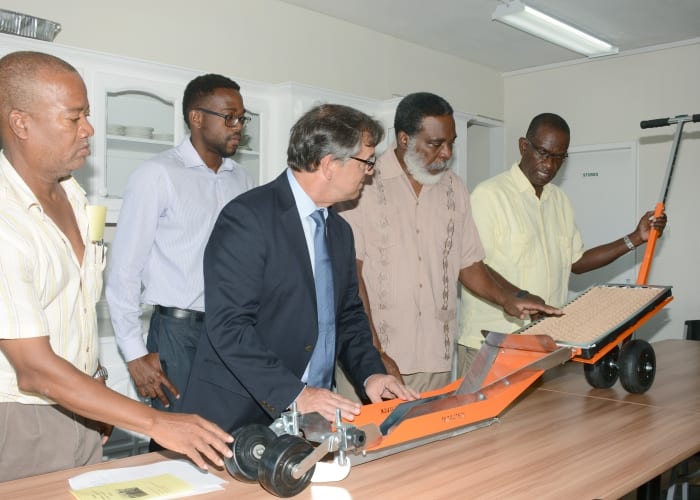 PROPEL also donated a Vacuum Seeder which is an accessory for the planter, as well as a HOBO USB Micro Station Data Logger and other accessories.

Senior Director at the Canadian High Commission, Benoit-Pierre Laramée, said he hopes farmers will take advantage of the technology, stating that it would “help the producers in Barbados to increase their productivity and quality of their products”.

He added that the project has been doing well in the Caribbean. “Our project covers five countries in the Caribbean, and we have already seen critical results. For example, more than $100 million has been produced by the farmers supported by the project,” Mr. Laramée said.

The Promotion of Regional Opportunities for Produce through Enterprises and Linkages project is a sustainable economic growth plan, which aims to increase the chances of Caribbean fresh produce reaching high-value markets (HVMs), regionally and internationally, through funding of CAD $100 million over six years.

Funded by the Canadian Department of Foreign Affairs, Trade and Development and implemented by the World University Service of Canada, the project is working with producers, private sector buyers, other value chain actors and business service providers to facilitate the safe, effective and efficient movement of fresh produce from the farm to HVMs.

The PROPEL project has been implemented in Barbados, Dominica, Guyana, Jamaica, and St Lucia.