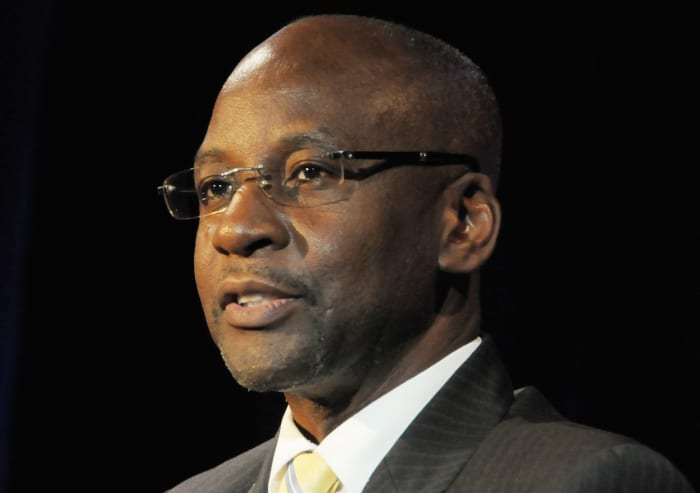 The Government of Barbados is fully invested in the development of the nation’s African consciousness.

Minister of Culture, Stephen Lashley, made this assertion during the opening ceremony of a private screening of the film Black Panther, hosted by the Commission of Pan-African Affairs (CPAA) and the Cultural Policy Research Section of the Ministry, at the Olympus Theatres last night.

Highlighting several of his Ministry’s Afrocentric programmes, Mr. Lashley stated that he was “very pleased” with the work being done by the CPAA through its Mabalozi programme, which builds African awareness and self-esteem in schools through 240 trained educators.

According to the Minister, understanding “who we are as Black people, understanding our Africanness”, is important. He said that as a Ministry, and nation in general, there is a responsibility to reinforce that the consciousness and confidence rest in the country’s ancestry.

The Minister went on to explain that through the work of the CPAA, the Cultural Policy Research Section, the National Cultural Foundation, the Archives Department and the Barbados Library Service, there was a “heightened” awareness of the historically significant days which were observed during the annual Season of Emancipation.  They run from April 14, which commemorates the Bussa Rebellion, to August 23, the day on which the Abolition of the Transatlantic Trade in Africans is observed.

CPAA’s Mabalozi teach across the school system, and occupy posts at all levels within the education system, from teachers to principals.